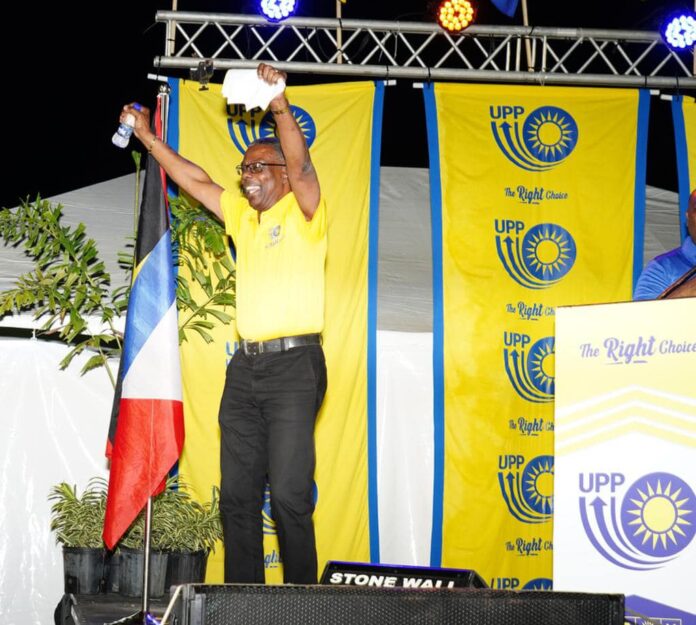 REAL NEWS: The United Progressive Party (UPP) is doing well in its political campaign, with recent results concluding that seven out of 10 constituencies polled are trending in its favour.

The first poll reportedly was undertaken by a private outfit, says Political Leader Harold Lovell, and he is buoyed by the results.

He reports that another poll was recently concluded in a key constituency, and those results also showed that the UPP is well ahead.

Lovell says the Party’s decision to get its candidates out early, among several other initiatives, has placed it in a good position to win the general elections.

While he is confident that the UPP is well on its way to victory at the next polls, the Political Leader says that – based on all the signs and indicators – the incumbent Labour Party is in a tailspin.

This, he says, is the state of play – in spite of its candidates being launched; jobs and money being handed out; and massive billboards being erected.

Lovell says that almost everywhere the UPP goes, residents are crying out for a change.

He promises that the UPP will not let the people down, since it understands its mission very clearly: to build a new economy; transform Antigua and Barbuda; and ensure the youth have opportunities going forward.

The results of these surveys contradict claims by Prime Minister Gaston Browne that polls commissioned by the Labour Party and other independents show wins in all 17 constituencies.