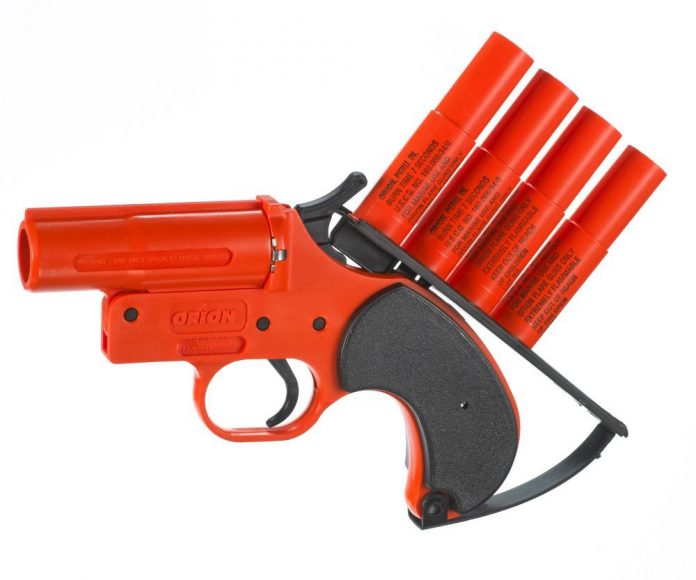 A Villa woman found a gun in her yard and reported the matter to the Police immediately.

Reports are that the woman notified the Criminal Investigations Department (CID) that, at about 7:15 a.m. on August 22, her seven-year-old son came to her with a certain report. As a result, she went into her yard, where she saw a black gun.

Upon examination by the Police, it was confirmed to be a flare gun.

The woman recounts that, earlier that morning, the Police had gone to her neighbour’s home, and at the time she had heard the sounds of loud rapping and shouts of “Police! Police!”

A few minutes later, she says, she heard something fall into her yard.

The Police have taken the flare gun into their possession as investigations into the matter continue.

Last month, a Herberts man reported that a flare gun, along with four flare Para shoots and four hand flares, had been stolen from his chartered fishing vessel between July 28 and 29.

He said he had secured the 28-foot boat at Jolly Harbour and gone home. Upon his return he discovered that the vessel had been ransacked and the gun and corresponding items were missing.