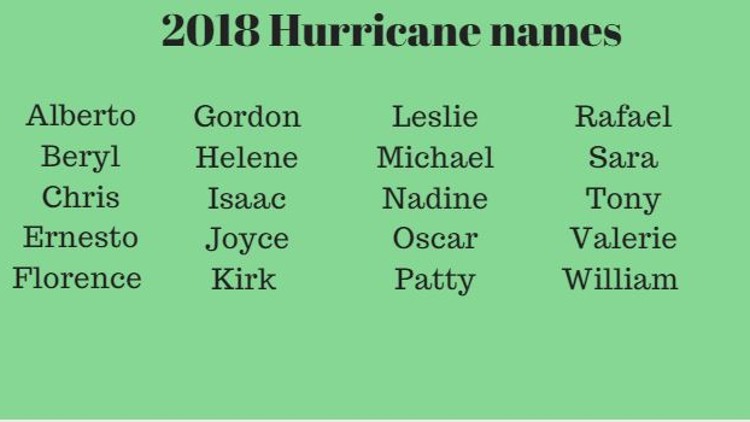 These new numbers represent a slight decrease below those of the previous forecast. Previously, the forecast called for an ACE of 135, 15 named storms, 7 hurricanes and 3 major hurricanes. Recall that the ACE is the overall predictor of a hurricane season, it is a measure that is based on the total number of storms, their intensity and duration.

A typical season has an ACE index of 106, 12 named storms, 6 hurricanes, and 3 major hurricanes. Major hurricanes have sustained wind speeds of at least 178 km/h or 111 miles per hour (e.g., Category 3 or higher), based on the Saffir Simpson Hurricane Wind Scale.

The 2017 Atlantic hurricane season was one of the most, if not the most destructive for the Caribbean. Several islands experienced, at least, catastrophic damage. Barbuda, an island which is a part of the state of Antigua and Barbuda was decimated and left uninhabitable for a while.

Ten of last year’s 17 named storms reached hurricane strength—meaning they had sustained winds of at least 119 km/h or 74 miles per hour, and six of the 10 hurricanes were major ones. It was the seventh worst year on record, based on the ACE index of 223.

According to other forecasts surveyed, the consensus is for an ACE of 109, 14 named storms, 7 hurricanes and 3 major hurricanes. Thus, our forecast is calling for similar activity; however, regardless of the forecast, you should always prepare well each season, as it only takes one hurricane to ruin your year.

The Atlantic hurricane season begins in less than three weeks—June 1 and concludes on November 30.

We will be updating the forecast by June 10.

If you found this article informative, I would be very grateful if you would help it spread by emailing it to a friend, or sharing it on Twitter or Facebook.