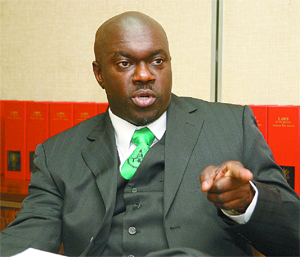 A leading trade unionist in Trinidad & Tobago has strongly cautioned the Antigua and Barbuda Workers Union against siding with Sandals in the temporary closure saga.

“I want to advise Antigua and Barbuda worker’s union that they don’t ever play up to any investor. When you do that, you are compromising the integrity of the Trade Union,” he warned.

The senior trade unionist called on ABWU to defend the people and country not investors.

Duke who is also a member of the Tobago House of Assembly is of the view that by it’s actions, Sandals has already declared war on Antigua and Barbuda.

He was making reference to the hotel’s position on the payment of Antigua Barbuda Sales Tax.

“It is sacrilegious to have a union defend an organisation that is declaring war on the people of the country. This is what Sandals would have done through their international attorney by saying to them; they will suffer because the Prime Minister would have decided not to continue with the reduction in sale tax…that to me is a declaration of war.”

Duke says it’s a matter of country over pocket money.

He says, “the people of Antigua have to understand its country over little pocket money.”

He is also advising the Government of Antigua and Barbuda not to allow investors to destroy the country’s economy while enriching themselves.

“They employ over 700 hundred people, that could represent seven hundred families; the social impact cannot be quantified, it can be divesting. But more than that when you allow someone come in and destroy your economy while he is enriching himself, that to me is a divesting blow, that may take you a life time to recover.”

The closure of Sandals Grande was announced by the Antigua and Barbuda Workers Union and not the government.

The decision to reduce the closure time from five to three months was also communicated to the union first.

Prime Minister Gaston Browne views the approach taken by Sandals and the ABWU as colluding to undermine his government.