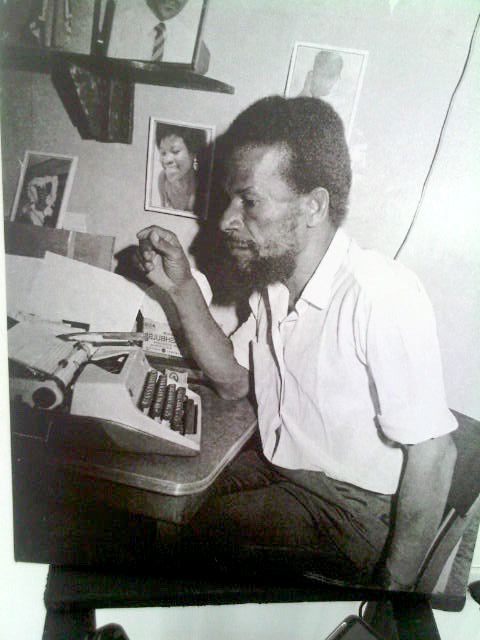 For the first-time, Antigua & Barbuda will participate in the world’s most prestigious, non-commercial art exhibition, the Venice Biennale which has been held in Italy since 1895.

The artist being featured, may very well not be known to most residents of Antigua & Barbuda given that he passed away in 2009 and was frequently mistaken for an unproductive forlorn person who often kept company with one of Antigua’s well known vagrants.

From Thursday 11th, Antigua &  Barbuda’s Pavilion for the six month’s duration of this prestigious art event, is in a prime location on what is described as the ‘Museum Mile’ of Venice, which features the internationally renowned, Peggy Guggenheim Museum.

The person behind this momentous feat is Cultural Envoy of Antigua & Barbuda assigned to the Ministry of Culture and Curator, Dr. Barbara Paca, who with the blessings of the Walter Family, the endorsement of the Government of Antigua & Barbuda and the full support of the Ministry with responsibility for Culture, spent over 12 years of her life researching, documenting and now displaying a collection of the work of this genius artist.

“It is an honour for me to represent Antigua & Barbuda and I am humbled by the integrity of the artist and his message of universal inclusion by Frank Walter. Antigua & Barbuda’s Inaugural National Pavilion has been conceived as a space to inspire dialogue for people of diverse backgrounds – a posthumous fulfillment of artist Frank Walter’s intention to open his house and studio as a centre for art.” Cultural Envoy and Curator Dr. Barbara Paca

Frank Walter’s work is attracting considerable attention at the Biennale since it addresses so many current issues and taboos still intact in society, all of this seen through the eyes of a man who by many may have been labeled as one with mental health challenges. However, Dr. Caitlin Hoffman, Neurosurgeon, New York-Presbyterian Weill Cornell, has described the artist as follows:

“Frank Walter’s true universalism and core philosophies found ultimate resonance in the Antiguan countryside, immersed in a wild, fragile beauty that mirrored his own. Antigua provided asylum for such a soul, a larger canvas on which to “build his sanctuary,” to spread his ideas and sufferings, to create his triumphs, and to make peace.

Compared to others who struggled with the same condition in different environments, sentenced to confinement, to stifling their creativity, to creating from within institutions, Walter’s art, ruminations, and philosophies remained free.”