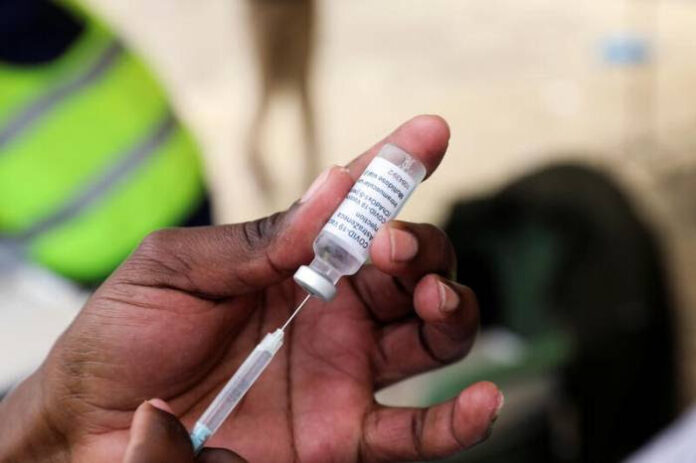 BLOOMBERG: Anecdotes tell us what the data can’t: Vaccinated people appear to be getting the coronavirus at a surprisingly high rate. But exactly how often isn’t clear, nor is it certain how likely they are to spread the virus to others.

Though it is evident vaccination still provides powerful protection against the virus, there’s growing concern that vaccinated people may be more vulnerable to serious illness than previously thought.

There’s a dearth of scientific studies with concrete answers, leaving public policy makers and corporate executives to formulate plans based on fragmented information. While some are renewing mask mandates or delaying office reopenings, others cite the lack of clarity to justify staying the course. It can all feel like a mess.

“We have to be humble about what we do know and what we don’t know,” said Tom Frieden, a former director of the Centers for Disease Control and Prevention and the head of the nonprofit Resolve to Save Lives. “There are a few things we can say definitively. One is that this is a hard question to address.”

Absent clear public health messaging, vaccinated people are left confused about how to protect themselves. Just how vulnerable they are is a key variable not just for public health officials trying to figure out, say, when booster shots might be needed, but also to inform decisions about whether to roll back reopenings amid a new wave of the virus. On a smaller scale, the unknowns have left music lovers unsure if it’s OK to see a concert and prompted a fresh round of hang-wringing among parents pondering what school is going to look like.

In lieu of answers, what has emerged is a host of case studies providing somewhat different pictures of breakthrough infections. Variables including when the surveys were conducted, whether the delta variant was present, how much of the population was vaccinated and even what the weather was like at the time make it hard to compare results and suss out patterns. It’s difficult to know which data might ultimately carry more heft.

“It’s quite clear that we have more breakthroughs now,” said Monica Gandhi, an infectious disease expert at the University of California, San Francisco. “We all know someone who has had one. But we don’t have great clinical data.”

One of the best known outbreaks among vaccinated people occurred in the small beach town of Provincetown, Massachusetts, as thousands of vaccinated and unvaccinated alike gathered on dance floors and at house parties over the Fourth of July weekend to celebrate the holiday — and what seemed like a turning point in the pandemic. About three-fourths of the 469 infections were among vaccinated people.

Authors of a CDC case study said this might mean that they were just as likely to transmit Covid-19 as the unvaccinated. Even so, they cautioned, as more people are vaccinated, it’s natural that they would also account for a larger share of Covid-19 infections and this one study was not sufficient to draw any conclusions. The incident prompted the CDC to reverse a recommendation it had issued just a few weeks earlier and once again urge the vaccinated to mask up in certain settings.

Still, the particular details of that cluster of cases may have made that outbreak especially bad, according to Gandhi.

“The rate of mild symptomatic outbreaks in this population was higher because of a lot of indoor activity (including intimacy), rain that weekend, not much outside time and mixture of people with different vaccination status,” she said in an email.

A newly released, far larger CDC case study of infections in New York state, meanwhile, found that the number of breakthrough infections has steadily ticked up since May, accounting for almost 4% of cases by mid-July. Those researchers cautioned that factors such as easing public health restrictions and the rise of the highly contagious delta variant might impact the results.

Yet another CDC case study, in Colorado, found that the breakthrough infection rate in one county, Mesa, was significantly higher than the rest of the state, at 7% versus about 5%. The report suggested it was perhaps because the delta variant was circulating more widely there, but also noted the ages of patients in Mesa and the lower vaccination rate may have played a role.

Research out of Israel seems to back the idea that protection from severe disease wanes in the months after inoculation, and more recently, that breakthrough cases may eventually lead to an uptick in hospitalizations. The information is preliminary and severe breakthrough cases are still rare, but it bolsters the case that some people will need booster shots in coming months.

Case studies and data from some states in the U.S. have similarly shown an increase in breakthrough cases over time. But with the delta variant also on the rise, it’s difficult to tell whether waning immunity to any type of coronavirus infection is to blame, or if the vaccinations are particularly ineffective against the delta variant. It could be both, of course. Changing behavior among vaccinated people could be a factor, too, as they return to social gatherings and travel and dining indoors.