Health authorities Wednesday confirmed that one person had died as a result of the HINI influenza.

The Department of Health and Wellness, which recently announced that it had launched a probe into the deaths of several men here, said it had received confirmation from the Trinidad-based Caribbean Public Health Agency (CARPHA) of “the association of H1N1 Influenza, in one of the recent, respiratory-related deaths among males”.

It said H1N1 influenza has also been confirmed in other persons who only developed mild flu like illness and who recovered completely with treatment. 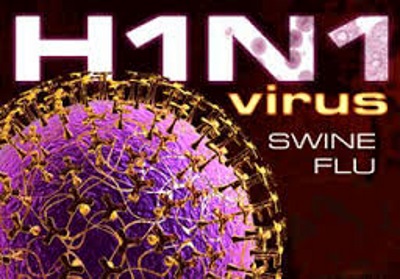 H1N1 influenza, also referred to as Swine Flu, is caused by a virus that had been the main cause of the influenza pandemic in 2009.

“Since then, it has become one of many respiratory viruses which circulate each year during the flu season. Therefore, its confirmation is not unusual.

“However, H1N1 Influenza remains a concern, due to the possible development of severe respiratory illness in high risk groups such as: the very young and old, persons with underlying medical conditions such as uncontrolled diabetes, heart disease, kidney, liver and lung disease, cancers and other conditions,” the Department of Health and Wellness said, adding that pregnant women who contract the disease are also at higher risk for the development of severe complications.

It said respiratory viruses such as H1N1 are spread mainly by respiratory droplets when infected persons cough or sneeze.

Most persons who contract H1N1 influenza may get only mild illness. However, more severe illness leading to shortness of breath, generalized weakness, vomiting and or diarrhoea may occur and persons are advised to seek medical care promptly, if symptoms worsen.

The Department said that the flu vaccine, which is available free of charge, can also assist in folu prevention.