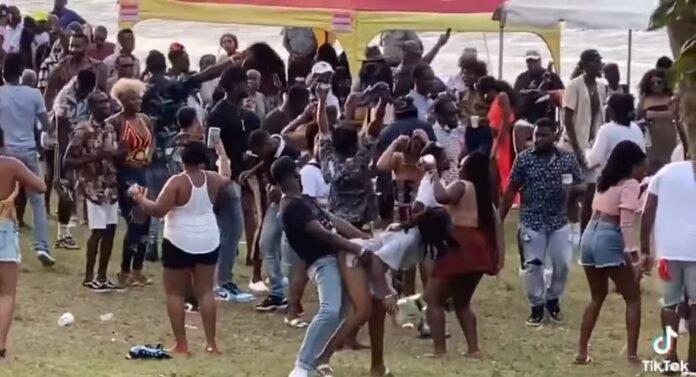 Adults who have been fully vaccinated against SARS-CoV-2 can carry the same viral load of the delta variant as those who are unvaccinated, a preliminary analysis of UK data suggests.1

The latest results from the UK’s national covid-19 infection survey show that having two vaccine doses remains the most effective way to ensure protection against delta. But, although people who are fully vaccinated have a lower risk of becoming infected, those infected with the delta variant can carry similar virus levels as unvaccinated people, the data show. The authors said the implications for transmission were not yet clear but suggested that the potential for fully vaccinated individuals to transmit the virus to others would make achieving herd immunity more of a challenge.

Sarah Walker, professor of medical statistics and epidemiology at the University of Oxford and chief investigator of the survey, said, “We don’t yet know how much transmission can happen from people who get covid-19 after being vaccinated—for example, they may have high levels of virus for shorter periods of time.

“But the fact that they can have high levels of virus suggests that people who aren’t yet vaccinated may not be as protected from the delta variant as we hoped. This means it is essential for as many people as possible to get vaccinated—both in the UK and worldwide.”

The analysis, published as a preprint and not yet peer reviewed, found that the Oxford-AstraZeneca and Pfizer-BioNTech vaccines both offered good protection against new infections but that performance was less good against delta than with the previously dominant alpha variant.

The researchers analysed 2 580 021 results from swabs taken from 384 543 adults between 1 December 2020 and 16 May 2021, when the alpha variant predominated, and 811 624 results from 358 983 adults between 17 May and 1 August 2021, when delta prevailed. Two doses of either vaccine provided at least the same level of protection as that afforded through natural infection with the virus. For example, when delta prevailed, efficacy of the Pfizer vaccine was 80% (95% confidence interval 77% to 83%) at 14 or more days after two doses, higher than after two doses of the AstraZeneca vaccine (67% (62% to 71%)) but not significantly different from the protection afforded by natural immunity in non-vaccinated people who had tested positive for SARS-CoV-2 (72% (58% to 82%)).

The effectiveness of the two vaccines did not depend on the time between first and second doses. But people who were vaccinated after they had had covid-19 had more protection from vaccination than those who were vaccinated without a previous natural infection. For example, 14 days after a second AstraZeneca dose, on average the rates of all new covid-19 infections had dropped by 88% among those with prior infection, which compared with 68% in those without prior infection. The percentages were 93% and 85%, respectively, for the Pfizer vaccine.

Speaking at a Science Media Centre briefing, Koen Pouwels, of Oxford University’s Nuffield Department of Population Health and the report’s lead author, emphasised the protective effect of vaccination in people with a high SARS-CoV-2 viral burden. He said that vaccine protection was 90% higher than in unvaccinated people one month after a second Pfizer vaccine, declining to 85% after two months and 78% after three months. For the AstraZeneca vaccine the equivalent protection was 67%, 65%, and 61%, respectively.

“Even with these slight declines in protection against all infections and infections with high viral burden, it’s important to note that overall effectiveness is still very high, because we were starting at such a high level of protection,” Pouwels said.

The study also showed that viral burden was lower immediately after two Pfizer doses but that it increased faster with time than after the AstraZeneca vaccine, leading to similar levels of viral burden around three months after second doses of both vaccines.