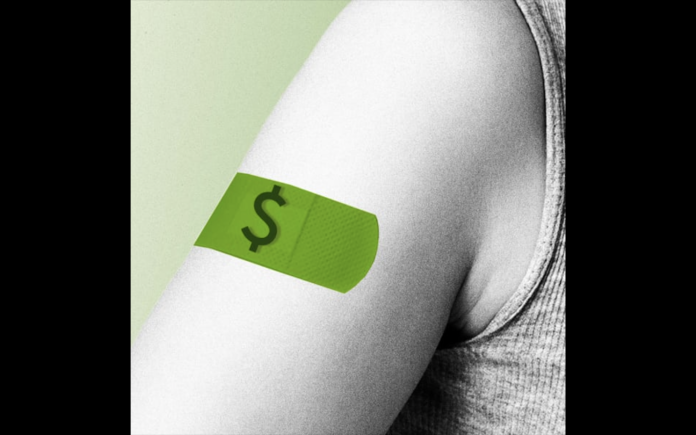 It could be out of sheer frustration, or just plain good sense, but the Antigua and Barbuda Government has inked a deal with a local private company to pay its people to take the COVID-19 vaccine.

The country’s Ministry of Health, Wellness & The Environment announced that Epicurean Fine Foods and Pharmacy had offered to support the Government’s drive to reach herd immunity by offering an EC$50 food voucher to each person getting a first dose of the vaccine, the Caribbean Media Corporation (CMC) reported.

If the idea sounds like desperation, it’s because it is. Why should anyone have to pay an individual to do something which is in his or her own best interest?

To attain herd immunity the country needs a majority of eligible people to take the vaccine.

The idea, of course, will not sit well with everyone. The first question is where will this money come from? It might be easier for Antigua-Barbuda, with its 98,605 population, compared to Jamaica with its just under three million people.

The Government’s coffers are stretched royally thin trying to provide relief through the expensive COVID-19 Allocation of Resources for Employees (CARE) Programme to the thousands of Jamaicans robbed of income right across the employment spectrum. And we still don’t know how much longer the epidemic could go, or how much more devastating it could get.

We believe, however, that incentivisation to take the vaccine is an idea that both the Government and people of Jamaica should ruminate on. People are known to respond to incentives to do even what should be their duty to themselves or family.

We would bet that even the most hardened anti-vaxxer or vaccine sceptic would find it difficult to turn down the US$100, or $15,000 being offered by West Virginia, United States, to young people between 16 and 35 years of age who get the COVID-19 vaccine.

The idea is textbook economics. That is why, for example, insurance companies offer no-claim bonuses for accident-free driving; people get tax holidays for investing their money, and there are other incentives such as Customs duty exemptions and the like.

In respect of vaccinations, there is the example in rural India where childhood immunisation rates were low and even a relatively small carrot, like a sack of lentils and metal plates, raised those rates significantly.

Some may ask, justifiably, is it worth doing? Our response would be a resounding ‘yes’. Depending on the incentive, there is hardly any likelihood that it could cost anywhere near the estimated five to six per cent of gross domestic product (GDP) that the pandemic hit us for last year.

However, like in Antigua and elsewhere, notably the US, it is the private sector that would have to foot such a bill for providing incentives for getting the jab.

In the US, Amtrak, the national train service, is paying for time off to its 20,000 workers to get vaccinated; Instacart is offering a US$25 vaccine support stipend to more than 500,000 people; Target will reimburse up to $15 each way for its workers who take Lyft to their vaccination appointments; and McDonald’s is giving up to four hours of paid time off to get vaccinated.

The idea is, at the very least, worth mulling over.