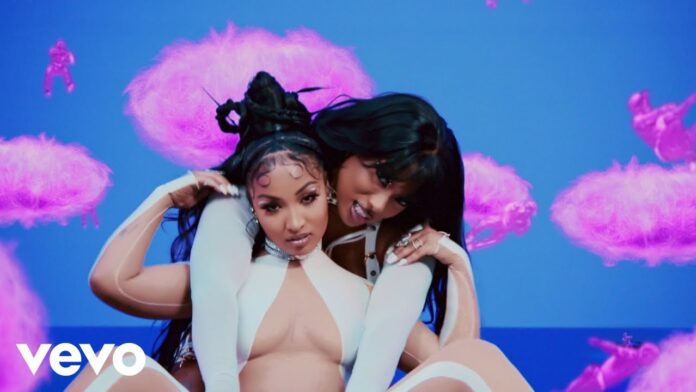 (JAMAICA OBSERVER) Dancehall star Shenseea and her record label, Interscope Records have been named as defendants in a US$10 million lawsuit filed by attorneys representing US-based musician Anastas ‘Pupa Nas-T’ Hackett regarding clearance of the sample of Denise Belfon’s soca hit, ‘Work’.

The song which is interpolated in the hook of Shenseea and Megan Thee Stallion’s single, ‘Lick’, was co-written and produced by Hackett in 1999 with Harkness Taitt. Hackett confirmed that there is a legal issue with the clearance of the single, and according to documents filed in court, he never officially signed the clearance documents for the song’s use.”It is an administrative issue. It is a live issue in the courts right now… I can’t say much at this time,”.

The lawsuit was filed in the US District Court for the Southern District of New York on March 3, 2022.

The nine-page complaint names Interscope Records, Chinsea Linda Lee (Shenseea), and the UK-based Atal Music Limited and their employee Alexandre Escolier as defendants. Atal Music and Escolier, according to the complaint, were contracted by Shenseea’s representatives to clear the sample of Work for use in the Lick collab with Megan Thee Stallion.

Geron Woodruffe, a member of Denise Belfon’s management team confirmed the lawsuit and shared that their legal counsel have taken point on said case. While not getting into details about the legal issues currently facing the Jamaican singer and her international label, Woodruffe disclosed that while things may be up to par between Shenseea and his client, Denise Belfon, there are other parties involved with the Work single and shared that there may have been a breakdown in communication with other creatives.

“We will not be able to comment too much on it seeing that it’s an ongoing legal issue but what we can say is that we did not file the lawsuit, it was brought up by one of the composers of the original track so this is something independent. There are other writers and composers on the project and from what I am seeing in what was filed, there may have been a breach in the agreement that was made between Mr Hackett and Shenseea’s team,” he said.

Lick, which was released back in January, uses an isolated eight-second vocal sample of the phrase “put your back in it”, which is found in the intro and in the outro of the song. Further, the song also contains a 14-second ‘re-sing’ of the same phrase (“put your back in it”), which is heard six times in each chorus, the lawsuit contends.The documents filed in the New York court further allege that Shenseea and her partners acted “in violation of the United States Copyright Act.”

The plaintiff’s attorneys contend that Hackett withheld his consent for the use of his song because he found the terms offered by the defendants to be inadequate. The lawsuit further alleges that the song, which was released on January 21, 2022 by the defendants, was done “without authority or consent” from the plaintiffs and “without providing proper credit to the plaintiffs”.

The lawyers for the plaintiff alleged that “In January of 2022, the defendants were placed on notice that they “were using Plaintiffs’ work without authorisation and that they are infringing the plaintiffs’ copyright”.

“However, defendants have failed to correct their actions. Instead, the defendants, specifically defendants, Atal Music and Defendant, Alexandre Escolier, continues (sic) to rely on their knowingly false claim to their alleged right to publish plaintiffs’ work, notwithstanding them having knowledge that said claim was false,” the lawsuit said.

In addition to damages, profits and costs, the suit, among other things, is requesting a trial by jury and that the Court order Shenseea and her co-defendants to destroy and remove all traces of the ‘Lick’ song from the public domain.

The unauthorised use of copyrighted material is a vexed issue among Caribbean-based artistes.  Recently, Miley Cyrus and Sony Music’s unauthorised use of Flourgon’s 1988 track We Run Things in Cyrus’ 2013 hit, We Can’t Stop led to a lawsuit which was settled out of court.US R & B singer Chris Brown is also being sued for US$1.5 million after he allegedly infringed on the copyright of Tight Up Skirt — a song recorded in 1997 by veteran Dancehall artiste Red Rat. The popular American singer had used a vocal interpolation of Red Rat’s hit song in the 2017 mega-hit Privacy. There has been no new development in this case, Red Rat said when contacted Friday.