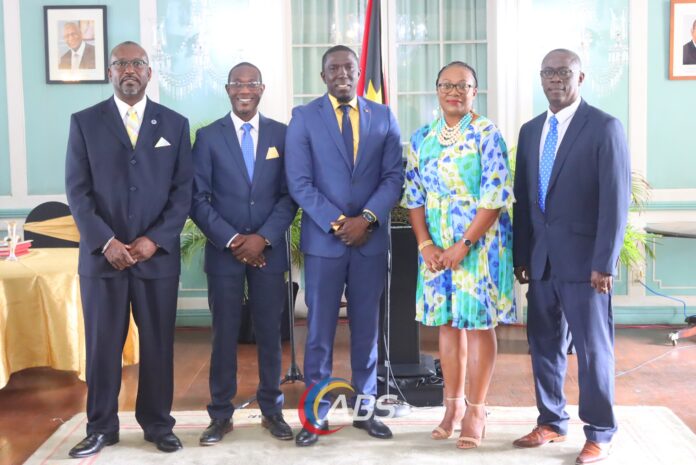 REAL NEWS: Political Leader Jamale Pringle and the four United Progressive Party (UPP) Senators who were sworn in on Tuesday morning, January 24, are promising to defend the people of Antigua and Barbuda to the best of their ability, while holding the Government’s feet to the fire.

The two new appointments are Alex Browne and David Massiah, who is no stranger to the Senate, having served under the UPP Administration between 2004 and 2014.

While many had expressed the hope of seeing some of the other non-successful candidates – including Pearl Quinn-Williams and Franz deFreitas – in the Upper House, Pringle, who selected the four, says the task was not an easy one.

He explains that the selection of Massiah, an executive of the Antigua & Barbuda Workers’ Union, is evidence of the Party’s commitment to the working class.

The candidates who are not yet selected and who are able to make meaningful contributions will have the opportunity to do so, Pringle adds, since the Party plans to put a rotation mechanism in place to facilitate this.

Meanwhile, Nicholas, who has been elevated to the position of Senate Minority Leader, says she is gratified to have been selected again.

It is not a position or an appointment that she takes lightly, she says, noting that her role as Minority Leader is a pivotal one in the forward movement of the Party.

Senators Joseph and Browne both expressed appreciation for their appointments, saying they are looking forward to the spirited debates in the Upper House.