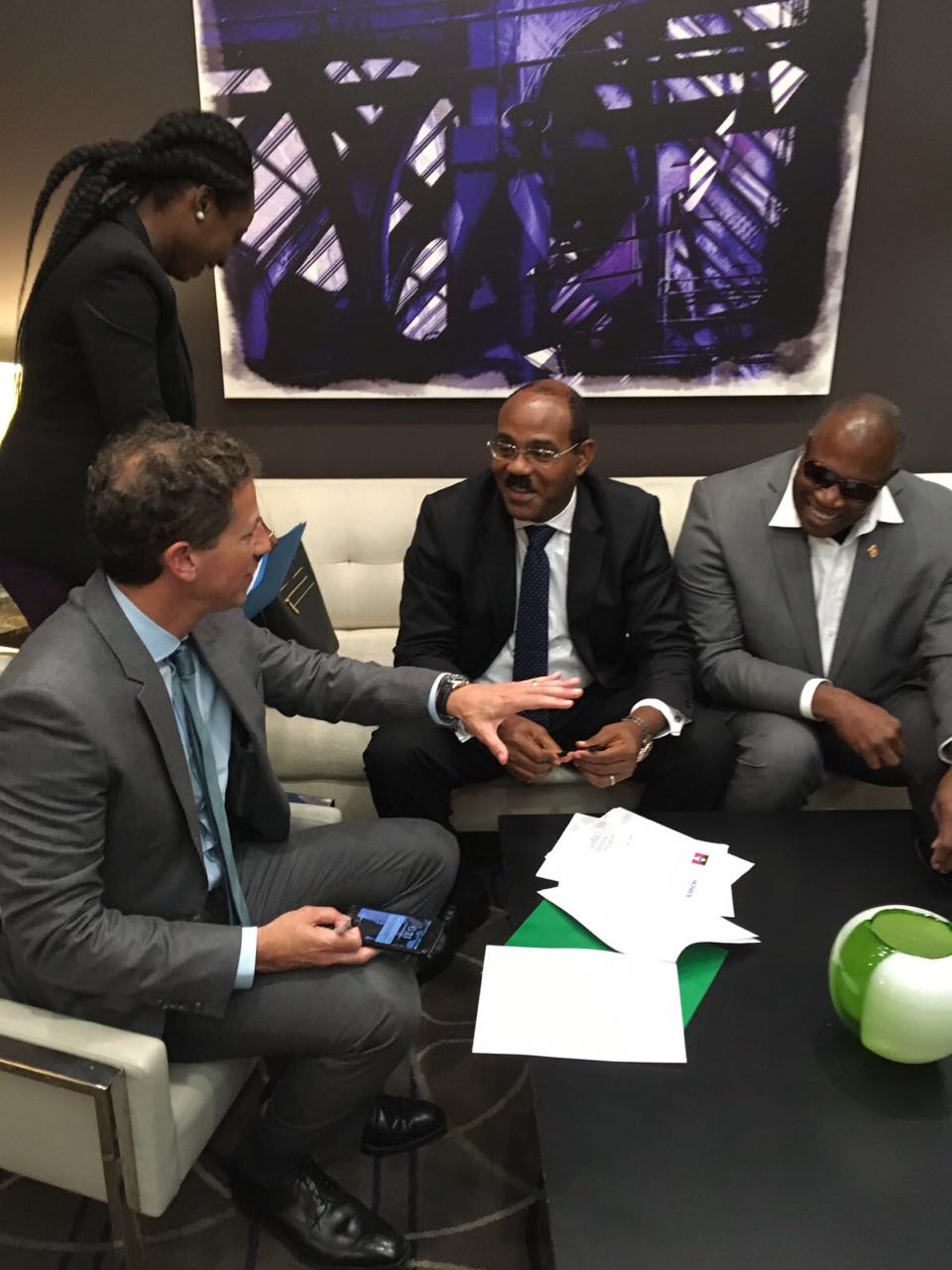 Prime Minister the Hon. Gaston Browne has secured additional scholarships for qualified Antiguans and Barbudans to pursue a tertiary level education in the United States of America.

During a recent visit to the United States of America, Prime Minister Browne met with President of Monroe College Mr. Marc Jerome in New York and presented a proposal for government’s collaboration with the college for the provision of thirty (30) scholarships at a total value of US$150, 000.

The three-year partnership, which also includes three full scholarships, requires candidates to hold Grade Point Averages between 3.5 and 4.0.  The scholarships are available at the college’s campuses in the Bronx and New Rochelle in the USA and in Saint Lucia.

President of Monroe College Mr. Marc Jerome said that for over twenty years, Monroe College has successfully educated students from the Caribbean, including Antiguans and Barbudans.

“After earning their degrees, these students then return home and contribute to the national economy.  We are pleased to enter into this agreement which will strengthen educational and academic ties between Monroe College and Antigua and Barbuda, while providing the highest quality of education to students enrolled at Monroe College,” Mr. Jerome outlined.

Prime Minister Browne said that his government remains committeed to educating its citizens to the highest level and this agreement with Monroe expands the educational opportunities to citizens.

“Antiguans and Barbudans are among the most intelligent in the region, and agreements like these give those who would not ordinarily have the opportunity to attend an institution of higher learning a chance.  Monroe College has demonstrated that it is an institution that maintains the highest educational standards and offers its students opportunities to realize their dreams,” noted Prime Minister Browne.

The Monroe College Memorandum of Understanding is administered by the Prime Minister’s Scholarship Committee.