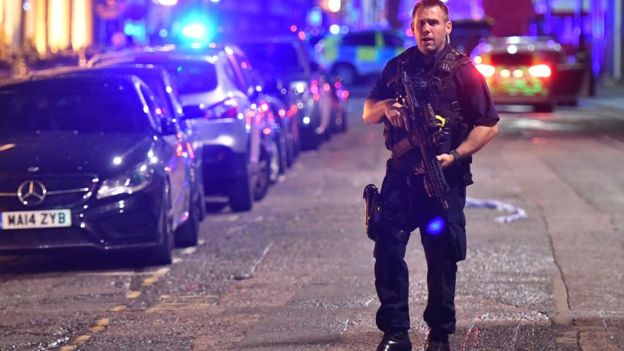 STATEMENT BY THE PRIME MINISTER ON TERRORISM:

The terrorist attacks which took place in London, the United Kingdom, on Friday, June 2, 2017, and which resulted in the deaths of innocent people, and life-threatening injuries to many, are loudly condemned by the people and Government of Antigua and Barbuda.

Terrorism is a harmful and misguided belief system—wrongly connected to a noble and peaceful religion. Whenever it is put into action anywhere, it reverberates everywhere throughout the world.

The terrorists usually focus upon large cities and media centers, in order to gain maximum attention, and to spread fear in every corner of the earth. Their motivations are criminal and their impact usually results in death and injury to innocent civilians.

They are merciless in their attempt to change national circumstances, in order to effect dire economic consequences globally. Every country must defend against these criminals.

Antigua and Barbuda continues to play its part in ensuring that this evil force is defeated.

The Parliament of Antigua and Barbuda, just this week, adjusted several laws to ensure that terrorists and their backers find no comfort here. My Government sees itself, justifiably, contributing to the defeat of terrorism by strengthening its police investigative capabilities, and by fortifying its enforcement expertise.

In 2001, nineteen men hijacked three aircraft in the USA and changed completely the security mechanisms at all airports around the world. Their impact was devastating and continues to reverberate, more than a decade later.

Antigua and Barbuda condemns the recent terrorist attacks in the U.K. and elsewhere, certain that the harmful impact will continue to be felt for decades to come.

It is my intention to ensure that the CARICOM Heads, scheduled to meet in a few weeks, will collectively give voice to their condemnation of these heinous acts which destroy life and property and economic opportunities.