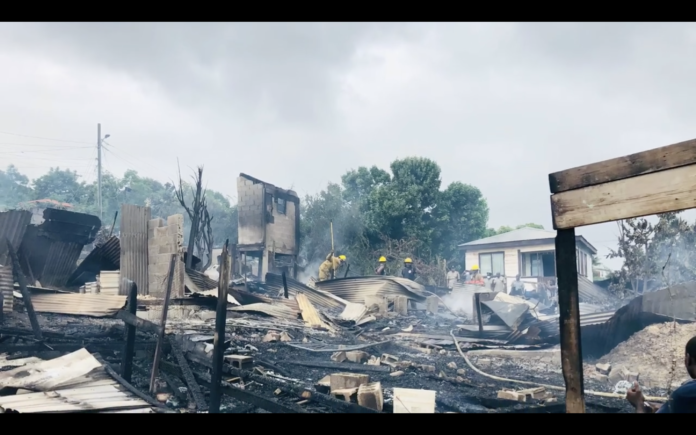 Here goes Richard Lewis again with his cheap politics. My condolences to the family of the deceased and regrets to the displaced families. CLICK HERE TO JOIN WHATS APP GROUP

St John’s has two additional fire engines and there are three to follow.

The firefighters fought admirably to protect the other homes from an uncontrolled blaze of fire that threatened other households.

Our government will bring some relief to the fire victims and assist in rebuilding their homes.

After we complete the Point renewal program, which Alister Thomas, Roots, Kurt and other ignorant UPP operatives are seeking to frustrate, we will move into Gray’s Farm to address the housing renewal there. CLICK HERE TO JOIN WHATS APP GROUP

Incidentally, Baldwin Spencer was their representative for 29 years, 10 as Prime Minister, with Richard Lewis as his community aide.

The only homes they built in Rural West, are their three-story dwellings.

All of self and none of thee.

RICHARD Lewis: How many more must die?