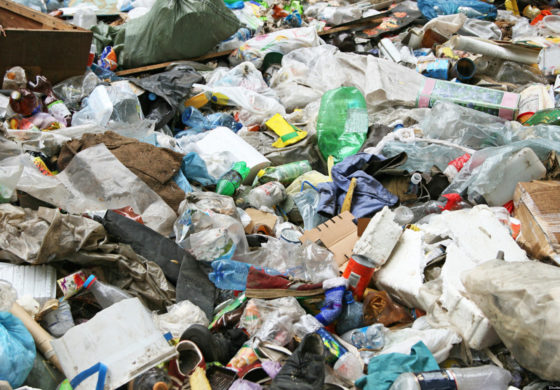 United Nations Secretary-General António Guterres on Saturday warned that unless there is a global change of course, the amount of plastic waste in the world’s oceans will outweigh the fish that live in them by 2050 and declared that the world now faces a “global emergency” over the oceans.

“The facts are clear.  Our oceans are a mess,” said the UN chief at an outreach event, which was part of the Group of Seven – or G7 – Summit of industrialized nations, taking place over two days, in Charlevoix, Canada.

“Plastic waste is now found in the most remote areas of the planet,” the UN chief said. “It kills marine life and is doing major harm to communities that depend on fishing and tourism.”

Pointing out that one mass of plastic in the Pacific is now bigger than France, Guterres welcomed the G7 Plastics Charter, agreed on Saturday, which is being seen by some observers as a Paris-style watershed moment for cleaning up ocean garbage, referencing the 2015 Agreement on climate change, according to the UN.

“But we all need to do so much more,” Guterres underscored, “not just on plastic waste but on all ocean issues.

“Make no mistake, we are in a battle. And we are losing on every front,” he stressed.

The UN chief painted a picture of fish stocks being crippled by overfishing, vast coastal dead zones from pollution and untreated waste being discharged into the sea.

“And, to compound these issues, we have the growing impacts of climate change,” he asserted.

Moreover, the UN said 40 per cent of the world’s population lives within 100 kilometres of a coast – leaving them vulnerable to storms, sea level rise and coastal erosion.

Low-lying island-nations and many coastal cities, such as some in the Caribbean, are in jeopardy of inundation, the UN Secretary-General said.

“Thankfully,” he said, “we have a battle plan.

“Our guide is the Sustainable Development Goals [SDGs], and especially Goal 14 with its 10 targets from addressing marine pollution and acidification, to ending overfishing and protecting ecosystems,” he elaborated.

“Our legal framework is the United Nations Convention on the Law of the Sea – the world’s ‘constitution for the oceans,’” he added.

Guterres noted that while last year’s Ocean Conference at UN Headquarters in New York registered more than 1,300 commitments and partnerships, none of the initiatives and declarations are worth anything “unless we accept that we face a global emergency.

“And that is why I am here today.  To sound the alarm.  To inject a sense of real urgency in your deliberations and decision-making,” he said.

“Your leadership is needed now, more than ever – on combatting land-based pollution; on creating marine protected areas; on reviving fisheries; on building the resilience of coastal ecosystems and communities, and, especially, on climate change,” he added.

Guterres said that if the seas and oceans are not protected, “and we lose the battle against climate change, all the assumptions on which our policy-making has been based will be worthless”

“Take seriously these threats to our global environment and understand that our collective future and security is at stake,” he said.

His warning comes even as the UN Environment Program (UN Environment) said earlier this month that several countries in Latin America and the Caribbean are using taxes, bans and technological innovation to restrict the production and consumption of plastic bags and reduce their harmful impact on oceans and marine species.

It is estimated that the world consumes each year up to five trillion plastic bags, mostly made of polyethylene, a low-cost polymer derived from petroleum, which takes at least 500 years to degrade, UN Environment said.

“Governments around the region have been delivering bold pollution-beating policies,” said UN Environment, stating that Antigua and Barbuda was the first country in the region to ban plastic bags in 2016.

UN Environment said Costa Rica adopted a national strategy to drastically reduce the use of disposable plastics by 2021, while, in the Caribbean, Belize, Bahamas and Bermuda have passed or are drafting laws to eradicate single-use plastics.

UN Environment said its  “Clean Seas” campaign aims to drastically reduce the consumption of disposable plastics and eradicate the use of microplastics that pollute the world’s oceans.

In celebration of  World Environment Day 2018 , the Economic Commission for Latin America and the Caribbean (ECLAC) on Tuesday called on regional countries to sign the Regional Agreement on Access to Information, Public Participation and Justice in Environmental Matters.

ECLAC said the agreement, which was adopted on March 4 in Escazú, Costa Rica, will be open for the 33 countries of the region to sign on September 27, 2018 at United Nations Headquarters, coinciding with the opening of the UN General Assembly annual debate.

“The theme of World Environment Day this year, ‘Beat Plastic Pollution,’ reminds us that participation by society as a whole, and its access to information and knowledge are essential when it comes to creating and applying effective policies favorable to a pollution-free planet, and to ensure the active collaboration of all people in putting these policies into practice,” ECLAC said.

It said the challenges facing regional societies to advance toward more sustainable development require “concerted action by everyone: governments, businesses, communities and individuals.”