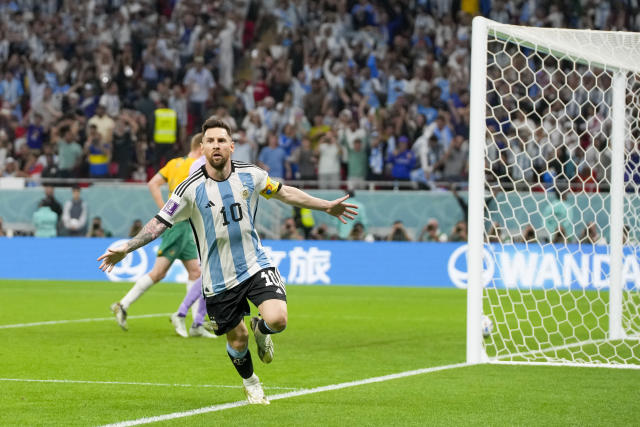 Lionel Messi marked his 1,000th professional game with his first goal in the knockout stage of a World Cup, leading Argentina into the quarterfinals with a 2-1 win over Australia on Saturday.

With a flourish of his famous left foot in the 34th minute, Messi put Argentina ahead with his third goal at this year’s tournament and ninth in total at the World Cup – one more than Diego Maradona.

Julian Alvarez pounced on a heavy touch by Australia goalkeeper Mathew Ryan to tap into an empty net for the second goal as Argentina set up a meeting with the Netherlands in the quarterfinals.

For Australia’s squad of unheralded players, it was a match too far at a World Cup in which the team has exceeded expectations by reaching the knockout stage for only the second time.

Australia also lost in the last 16 in 2006, to eventual champion Italy.

Maybe it’s an omen for Argentina, which has fully recovered from its shocking loss to Saudi Arabia in its opening group match and won three straight games.

As for Messi, he now has 789 goals in a career that might yet reach a crescendo on Dec. 18 by winning the soccer’s biggest trophy in his fifth and likely last World Cup.