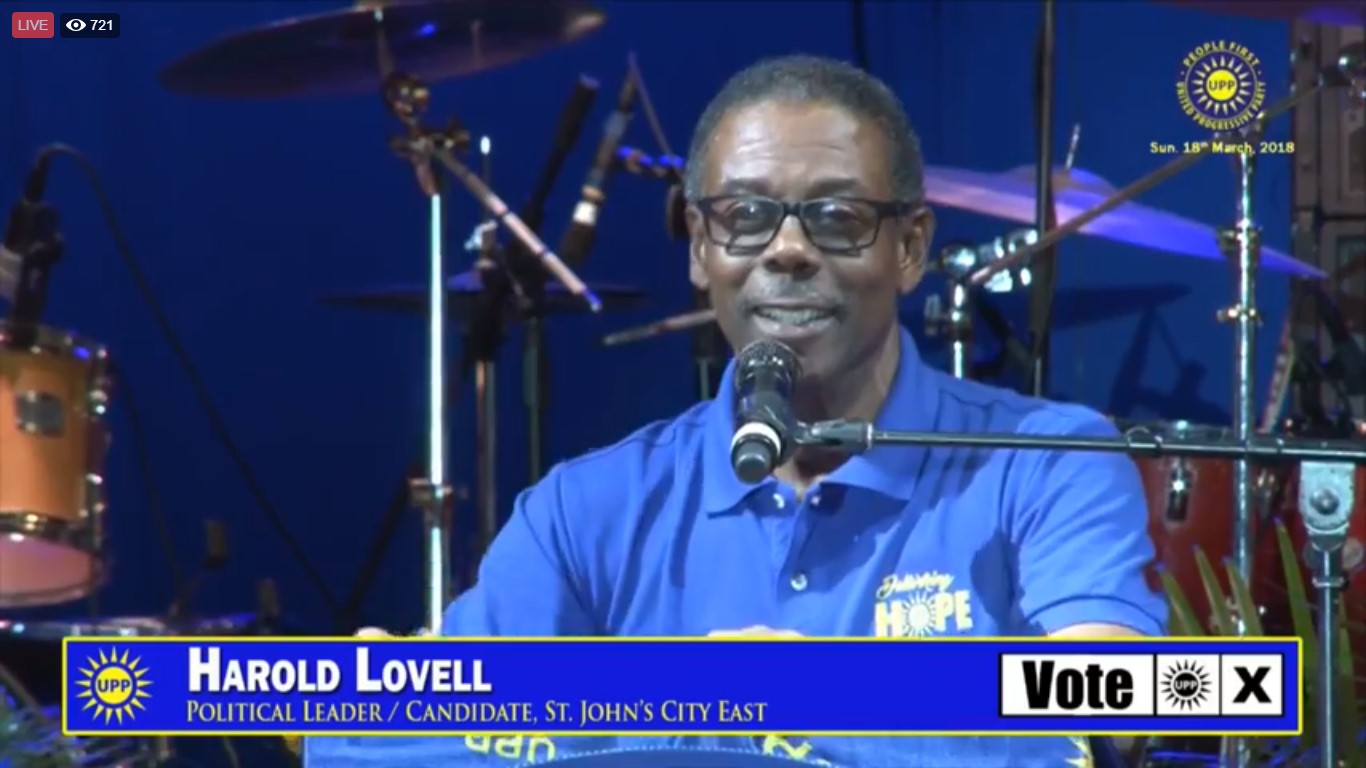 The United Progressive Party has kept faith with its leader Harold Lovell, electing him overwhelmingly to continue to lead the country’s main opposition party.

Lovell was elected with 245 votes while his closest opponent Senator Richard Lewis was only able to muster 63 votes at the party’s convention today.

The run-up to the party’s internal election has been controversial and threatened to further destabilise the party which was already hit with a nasty leadership contest when Joanne Massiah sought the party leadership.

Lewis and Lovell have been at loggerheads after Lewis accused Lovell of re-entering the leadership race after he named him as successor apparent.

Several publications by Lewis highlighted the level of discord between the two men.

Both Lovell and Lewis lost their bids in the 2018 general elections.

The UPP elected a new Executive at its 11th Biennial Convention over the weekend. The following members were elected to form the new Executive: