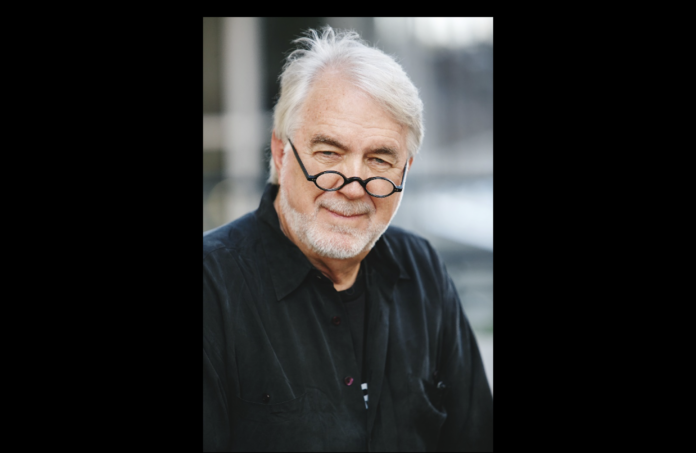 Antigua is preparing to host international scientists, conservationists and celebrities at the first Antigua Open Lionfish Tournament Nov 18-20th, capped with a festival in Nelson’s Dockyard on Nov 20th from 1:00 pm until 5:00 pm. A diverse group of experts make up what the group’s organizer Martha Watkins Gilkes, calls her “A-Team.” This is one in a series of profiles of the A-Team members.

Why would a successful Hollywood screenwriter start a non-profit and come to Antigua to talk about lionfish?

Whatever your age, you’ve probably seen the work of James V. Hart – Contact, Hook, August Rush, Tuck Everlasting, Muppet Treasure Island, Bram Stoker’s Dracula.  During his 40+ year career writing and producing movies and television, Jim became friends with the likes of Robin Williams and Carl Sagan.  He’s worked with directors like Francis Ford Coppola. And he trains writers to turn their imaginations into blockbusters, reminding them that “No one has a job until the screenwriter types, ‘The End.’”

So why the interest in lionfish? When Jim heard about the invasion of lionfish, his first inclination was to write a screenplay about a Volkswagen-sized predator ravaging humans who dared go in the water. The idea didn’t sell, mostly because Hollywood had no idea what the lionfish problem was, or for that matter, what a lionfish even was.

By then, as an avid diver, he was watching a catastrophe play out in real life on his favorite dive sites. Lionfish have been called “perfect invaders.” They’re excellent hunters with voracious appetites, and native fish lack a natural fear of them. Lionfish grow quickly and reproduce early in life and often, with each female releasing over 30,000 eggs every three days.  And few fish in the Atlantic seem to want to eat them. Except humans!

Jim realized this is an issue he cared deeply about.  So, along with dive buddy Stacy Frank, they started a non-profit called Lionfish University, which is a social networking platform for people to share news, reports, and ideas about lionfish.  LFU also sponsors training, outreach and research, organizes events, and supports marketing of lionfish products.

Seeing how people have responded to the invasion, Jim now wants to tell a different story.  It’s about a silver lining. “Lionfish have changed the lives of so many people.  Most I would never have met without this invasion – hunters, scientists, entrepreneurs – all very different in every way you can imagine. But they leave their differences at home when they rally to the call of protecting our ocean. I realized this is a success story about people pulling together because on this issue, they have the same values. It’s a model that can be replicated, and the story needs to be told.”

Meanwhile, one LFU patron, Antigua’s Martha Watkins Gilkes, had the idea of bringing experts from the lionfish community to the island to help control the invasion. She contacted Jim and Stacy, who quickly agreed, and assembled a team that visited in 2019. They did field surveys and met with key contacts on Antigua, then developed a report and video on the project. With his experience in Hollywood, Jim was the obvious choice as project documentarian!

One outcome of that project is the Antigua Open Lionfish Tournament and Festival. “We hope to educate the public about lionfish and promote ways to control populations and put the fish to good use as seafood and in the production of jewelry and other products. The benefits will be both environmental and economic.”

You can meet Jim at the festival on November 20, and listen to him speak at 1:40 at Nelson’s Dockyard.

The Antigua Open Lionfish Tournament is made possible by the generous support of the Ministry of Tourism and the Honorable Minister Max Fernandez, Mill Reef Club as a platinum sponsor, Elite Island Resorts as a silver sponsor, and other island stakeholders, including: National Parks Authority, Fisheries, Coast Guard, local media, dive shops, fishermen, and others.   For further information, visit https://antigualionfish.com or contact [email protected].