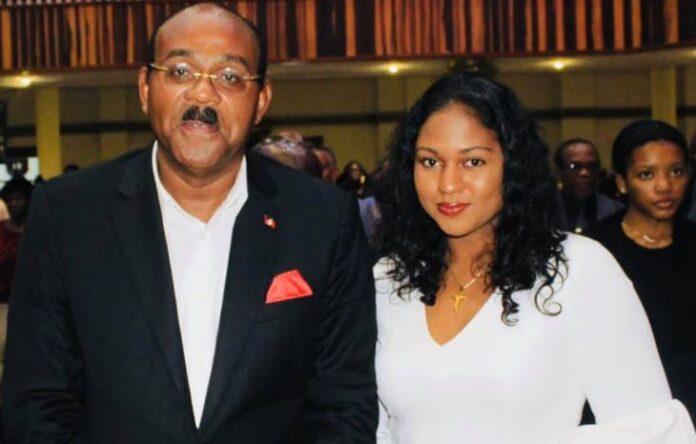 To say I was flabbergasted when Gaston Browne declared that his wife deserves more credit than she has received from the Antiguan public is an understatement.

I have been a resident of St John’s Rural East for more than 30 years. I’ve seen administrations come and go, and Maria is one in a short line of representatives for this constituency.

According to the prime minister, Mrs. Browne should be lauded for her sterling handling of the housing portfolio, because she has exceeded expectations and built more houses than was originally intended.

I wish to point out to both Brownes that Maria is in parliament because the people of Rural East sent her there. She was placed in the House to represent their interests. As housing minister, she has not built one single structure in Rural East. The ones she met built by Dr. Errol Cort are in varying states of disrepair.

The baseball field in St Johnston’s Village is in dire need of a fix-up. The grass is seldom ever cut unless the Spanish people have some activity there. The Pumpkin House on the Boulevard is run down and in need of even a coat of paint. The conference room at the same venue needs a fixer-upper.

Maria Browne has been conspicuously absent from this community for the past nine years. Even now, she sends out her followers to parcel out her goodies. Only when its time to hand out cash she is present. She generally does that herself.

The drains and gutters in Rural East, especially in Skerritt’s Pasture, are cesspools of stinking water and mosquito breeding grounds.

Clarevue Hospital is in Maria Browne’s constituency, and please be reminded that they built pit latrines for the residents just the other day. After public outcry, they ordered $4,000 steel toilets, while ordinary Antiguans and Barbudans can’t get any meaningful relief from the high cost of living.

A playground started by Lester Bird still remains unfinished – a testament to how much she cares about the young in the constituency. There is nothing in place for the elderly either.

It common knowledge that Rural East is known for its drug addicts. Where is the halfway house or some kind of intervention for our young people who have fallen prey to substance abuse?

The environs of Clarehall School are in need of a sprucing up. The grass on the western side of the school is higher than the fence.

Project Hope, a once nice building is in dire need of repair.

Mrs. Browne, your primary purpose is to take care of Rural East. Not now at election time to hand out food vouchers.

Salt ham and turkey cant fix what’s wrong up here. Handing out money to young men, which they invariably use to buy a little weed and alcohol, is not the remedy. Please come and look around. The degradation is everywhere!

We, the voters in Rural East are looking at and judging you. What your husband thinks about your performance won’t matter come election day.