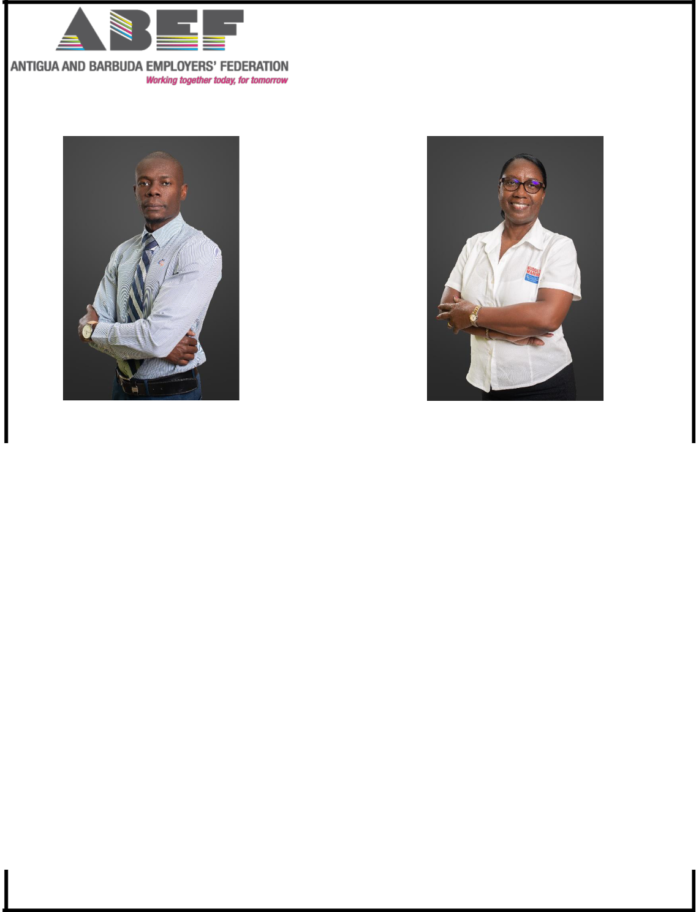 This was the second virtual hosting of the event due to the limitations on in-person gatherings cause by the COVID-19 pandemic.

In her report, the Executive Secretary, Ms. J. Arlene Martin stated that it has been another challenging year for the Federation and its membership. But like our members, we have found resolve in remaining committed to serving despite the many challenges being experienced by businesses today.

Outgoing President Mrs. Sherrie-Ann Brazier echoed similar sentiments and called for the membership to continue to support the Federation as it advocates on behalf of its members.

After serving two terms as President, Mrs. Brazier passed the baton to Mr. Karl Spencer who will now serve as President from October 2021 to October 2023.

Mr. Spencer is the General Manager of the Community First Co-operative Credit Union and has served on the Governing Committee for seven (7) years.

During that period, Mr. Spencer held the positions of Vice President and Treasurer.

He will be ably assisted by Ms. Louisa Norris who has been elected as Vice President. Ms. Norris is the General Manager of Budget Marine Antigua Ltd. Ms. Norris has served on the Governing Committee for six (6) years.

The President and Vice President gave brief remarks, both thanking the membership for placing trust and confidence in them to provide leadership, direction, and support to the Federation.

The Antigua and Barbuda Employers’ Federation currently has 144 member organizations and has been in operation since December 1950.