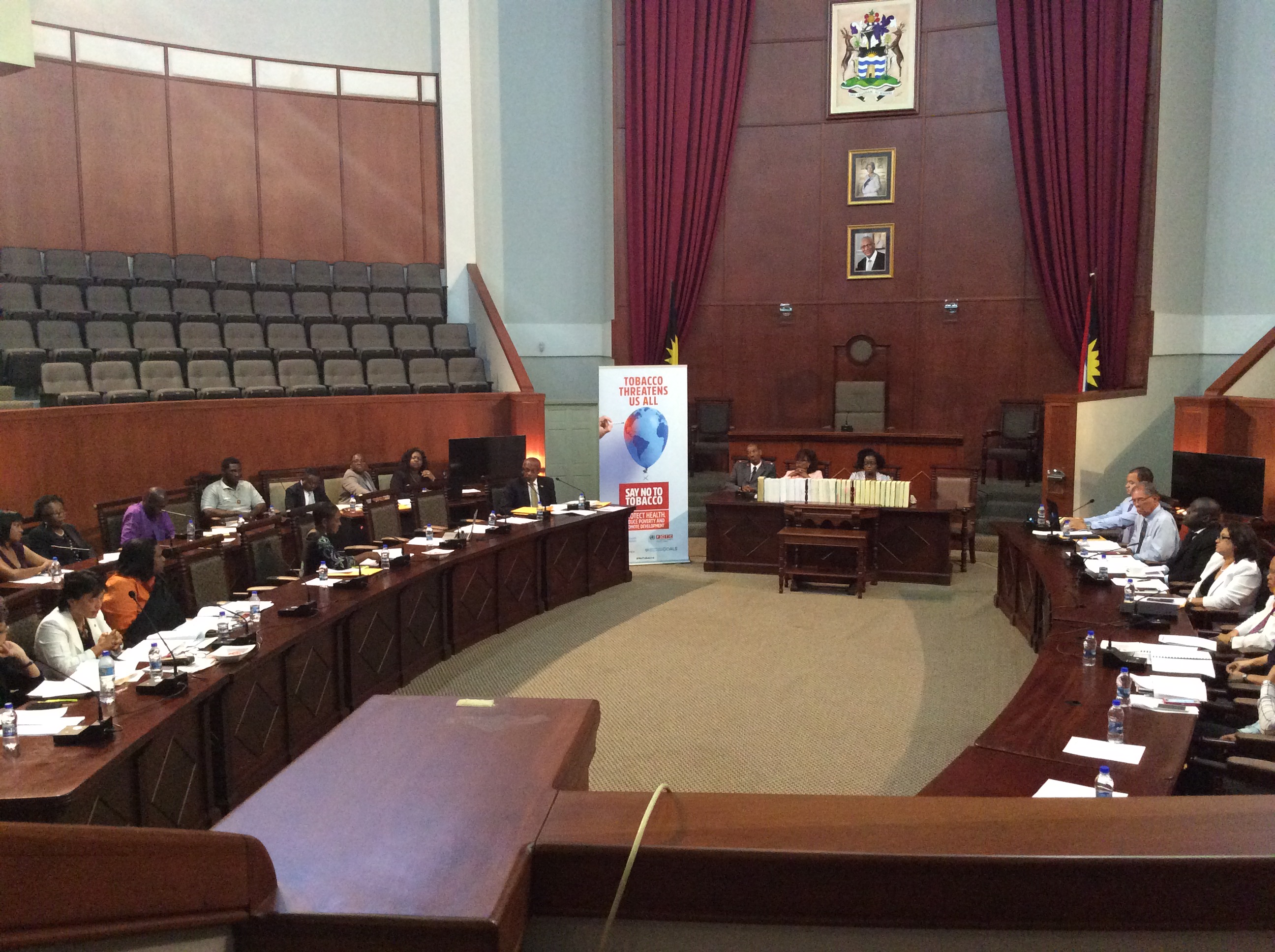 For the second time in eleven days, the Tobacco Control Bill 2017 was the center of intense discussions during the Special Parliamentary Consultation on Tuesday, July 25th, 2017 at the Parliament Building.

The exercise, which followed a similar event that was held at the same venue on July 14th, saw a wider cross section of stakeholders presenting their views on the impending tobacco legislation that will target smoking in public places as well as ban the use of E-Cigarettes.

During his closing arguments, Minister of Health and the Environment-Molwyn Joseph once again emphasized the fact that he has the mandate and responsibility to protect the interest of all Antiguans and Barbudans.

The veteran parliamentarian said that he has had a first-hand view of the adverse effects of tobacco related products and therefore he will be taking the side of the public rather than that of the billion dollar industry. 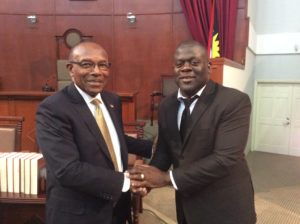 “Tobacco is a particularly difficult product for society to turn its eye away from and at some point we must come to the realization that we have to exercise an option and make a choice; whether or not we are going in the direction of protecting the health of the society or we continue to give or take action that gives life to an industry and as the Minister of Health, I don’t have to tell you on which side I am. I have seen the ills, I see the suffering,” said Minister Joseph.

Among the special points that were discussed are the labelling of cigarette packages, protecting and strengthening tobacco control products, penalties, licence fees for businesses dealing in tobacco products, as well as smoking in public and private places.

One of the more vocal individuals during the debate was Christopher Browne of Jamaica, who is the head of legal and external affairs for British American Tobacco in the Caribbean.

Browne said that though they are not in opposition to the proposed legislation, they wanted to ensure balance and fairness for tobacco related businesses and the health of the public.

“The company is not opposed to the bill. We understand that Antigua and Barbuda signed the Framework Convention on Tobacco Control Treaty and as such they have certain obligations having signed that treaty to institute tobacco control laws and we also believe that the industry needs to be regulated and properly organized, so we are for regulations. But there are some elements, however, that we believe are too harsh and are infringing on some rights, the rights to privacy,” Browne noted.

Francis was concerned that his company would suffer financial losses as a result of the current draft legislation and this he said could affect his company’s sponsorship of community and governmental initiatives.

He also noted that including Kennedy’s as part of the tobacco industry could prevent the company from any offering any type of sponsorship.

Following the discussions, it was announced that the bill would be sent back to the drafters who will consider the views of the various stakeholders and attempt to strike a balance between freedom of choice of smokers and the protection of the society.