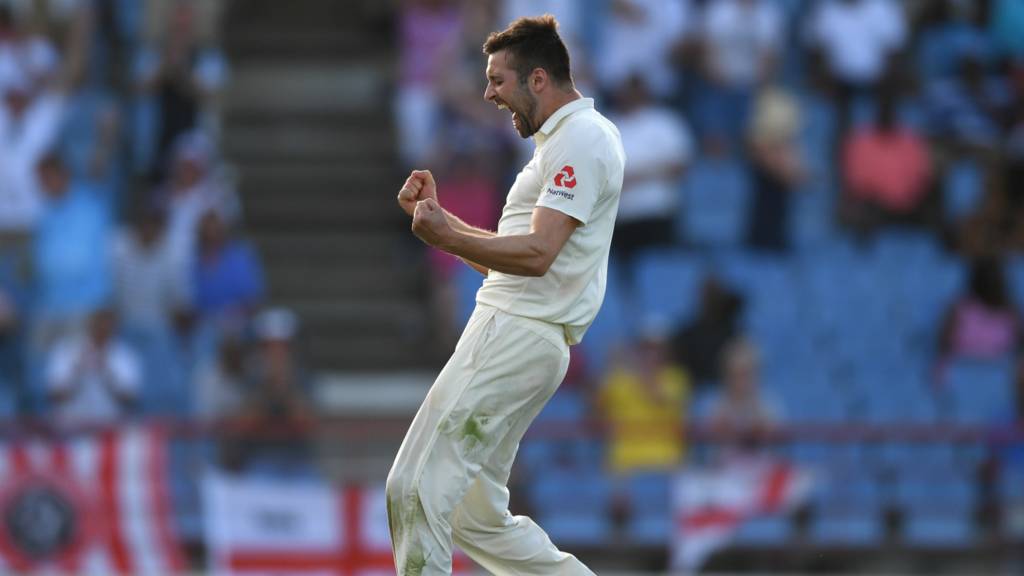 Roston Chase struck an entertaining fifth Test hundred to take some of the shine off a clinical England performance, as West Indies crashed to a heavy 232-run defeat in the third and final Test here Tuesday.

Asked to chase an improbable 485 after England declared their second innings on 361 for five, 25 minutes after the start of the penultimate day at the Darren Sammy National Stadium, West Indies’ batting capitulated for 252, about 20 minutes before the scheduled close.

The right-handed Chase, though, stood tall amidst the carnage, stroking a classical unbeaten 102, an innings which spared West Indies embarrassment after their innings lay in ruins at 35 for four at lunch.

Alzarri Joseph unleashed a cavalier 34 off just 30 balls near the end while fellow tail-ender Kemar Roach produced a breezy 29 off 43 deliveries, but their innings were of academic interest only as the result was never really in doubt once veteran seamer Jimmy Anderson (3-27) wiped out the top order.

Off-spinner Moeen Ali supported with three for 99 while seamer Ben Stokes picked up two for 30.

The defeat, however, did nothing to detract from an outstanding West Indies series performance which saw them crush England by 381 runs in the opening Bridgetown Test and follow that up with a 10-wicket triumph in the second Test in St John’s, clinching the coveted Wisden Trophy for the first time in a decade.

Resuming the day on 325 for four, England added a further 36 runs before declaring when captain Joe Root, unbeaten overnight on 111, clipped a Shannon Gabriel (2-95) full toss to mid-wicket to perish for 122.

Left with a difficult period to negotiate before lunch, West Indies revived memories of now familiar batting woes as they quickly slumped to 10 for three.

Left-hander John Campbell fell to the third ball of the innings when he edged a drive at Anderson and was  brilliantly caught by Moeen one-handed at gully, without scoring.

In Anderson’s next over, Kraigg Brathwaite edged a defensive prod to Stokes at second slip for eight and Darren Bravo followed without scoring in the seventh over, caught at first slip by Root.

Three overs before lunch, Shai Hope failed to negotiate a short delivery from speedster Mark Wood and was caught at point by Broad for 14.

Chase, unbeaten at lunch on eight, then combined with Shimron Hetmyer (19) in a 45-run, fifth wicket stand which halted England’s charge, albeit temporarily.

Together, they kept England without success until the stroke of the hour after lunch when Hetmyer was run out at the striker’s end attempting an ill-advised third run at 76 for five.

Chase then put on a further 34 with wicketkeeper Shane Dowrich, who played positively for his 19 off 26 deliveries, including two boundaries straight down the ground off Moeen.

But 20 minutes before tea, Dowrich played back to one from Moeen which drifted, and edged to slip where Stokes snared the sharp chance.

On 53 at tea, Chase found allies in Roach, with whom he put on 46 for the seventh wicket, and then with Joseph, adding a further 56 for the eighth wicket, to delay the inevitable.

Quickly running out of partners, Chase raced into the 90s with two searing drives down the ground for boundaries off seamer Stuart Broad and reached three figures in the penultimate over of the match when he cut part-time bowler Joe Denly to the ropes.

Roach, on 14 at tea, fell half-hour afterwards, driving Moeen to Wood at cover and Joseph entertained with two fours and three sixes in a cavalier knock, before holing in the deep off also off Moeen.

Keemo Paul, who suffered a torn leg muscle on Monday’s third day while fielding, returned to bat long enough to ensure Chase reached his hundred before he was last out after hitting three fours in 12, caught and bowled by Stokes.