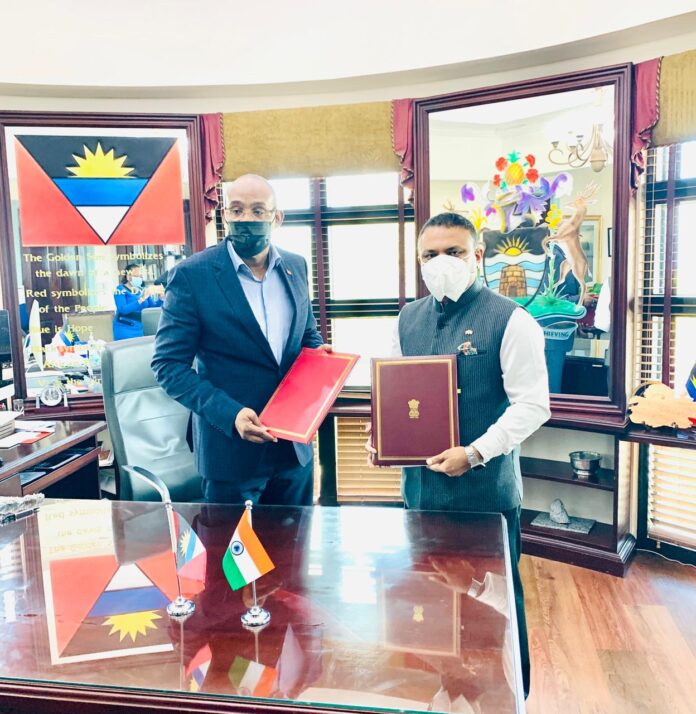 The International Solar Alliance was set up jointly by India and France on the side-lines of the COP21 Climate Conference in Paris in 2015.

The International Solar Alliance (ISA) is conceived as a coalition of solar resource rich countries to address their special energy needs and to provide a platform for collaboration to address the identified gaps through a common and agreed approach.

The ISA was launched at 21st Conference of Parties to the United Nations Framework Convention on Climate Change (UNFCCC CoP21) on 30 November 2015 by the Hon’ble Prime Minister of India, HE Mr. Narendra Modi and then-French President, HE Mr. Francois Hollande. HE Mr. Ban Ki Moon, then-Secretary General of the United Nations, also graced the occasion.

The Paris Declaration establishing the ISA states that the countries share the collective ambition to undertake innovative and concerted efforts for reducing the cost of finance and cost of technology for immediate deployment of solar generation assets.

This will help pave the way for future solar generation, storage and good tech-nologies for each prospective member countries’ individual needs by mobilizing over USD 1 trillion in solar investments by 2030. Achieving these objectives of the ISA will also help countries achieve climate targets inscribed in their Nationally Determined Contributions (NDCs). ISA aims to contribute to the implementation of the Paris Climate Agreement through rapid and massive deployment of solar energy.

The ISA has been steadily building its organisation and establishing linkages with 101 countries having signed the ISA Framework Agreement of which 80 countries have submitted the necessary instruments of ratification to become full members of the ISA.

The ISA General Assembly, in its first meeting held from 2-5 October 2018, in New Delhi, attended by 78 countries, adopted the proposal made by India for an amendment to the Framework Agreement on the Establishment of the International Solar Alliance (ISA) (the Framework Agreement) to expand the scope of membership of the ISA to all countries that are members of the United Nations.

Consequently, the membership of the International Solar Alliance (ISA) was opened up to all member countries of the United Nations and the Government of India encouraged all countries to sign the ISA FA before the Second General Assembly of ISA scheduled to be held on 31 October 2019.

Subsequently, a Joint Invitation from the Hon’ble Minister of Power and New & Renewable Energy of India and Hon’ble Minister for Ecological and Inclusive Transition of France was extended to the Government of Antigua and Barbuda to the Second ISA General Assembly.

The Second Assembly took place to build upon the momentum generated during the Founding Conference of ISA held on 11 March 2018 in New Delhi and further bolstered by the First Assembly of ISA held during 2-5 October 2018.

Considering the importance of the 2nd General Assembly Meeting of the ISA, to facilitate participation, the Ministry of New & Renewable Energy of India extended hospitality for covering the expenses for two-person delegations (Hon’ble Minister + 1) from LDC and/or SIDS Member and Signatory countries of the ISA as categorized by the Committee for De-velopment under the United Nations Economic and Social Council.

The Government of Antigua and Barbuda has also been invited for the subsequent ISA meetings and events. 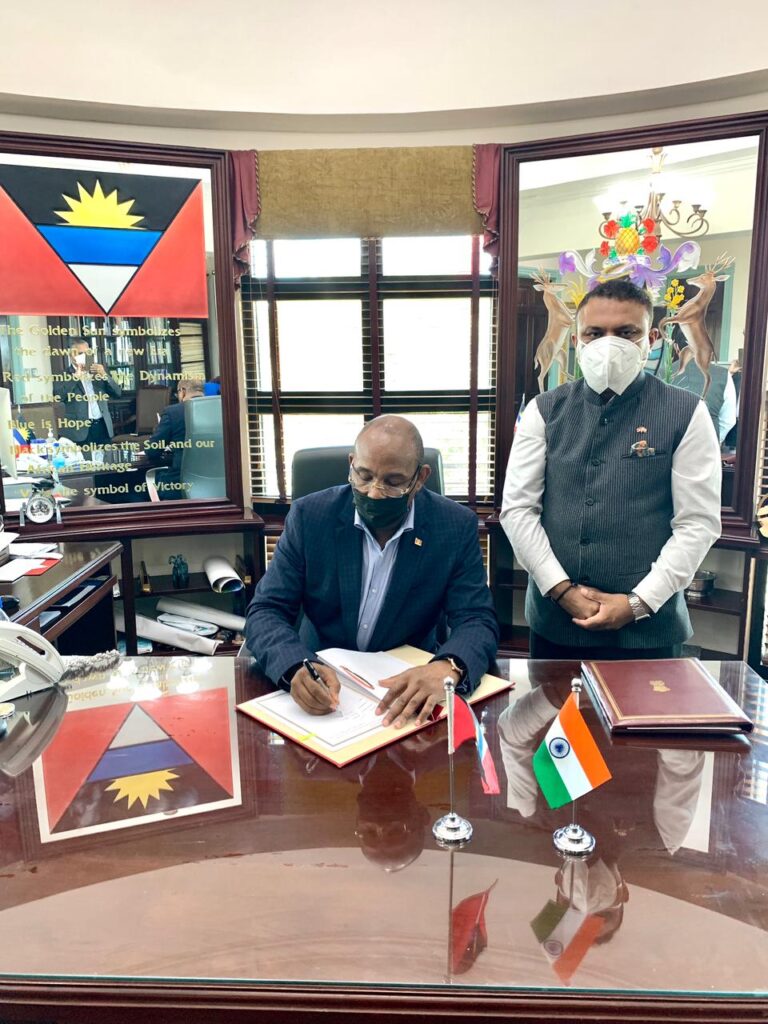 At the recently held COP26 summit in Glasgow, the ISA joined hands with Denmark Green Think Tank CONCITO @concitoinfo, Investment Fund for Developing Countries #IFU & World Climate Foundation @wclimate in its quest to mobilize US $1 Trillion for investment in solar by 2030, to achieve clean energy #ET, enable energy access & energy security & to deliver new economic driver for all countries.  Earlier, during the meeting of Prime Minister of India, Mr. Narendra Modi with CARICOM leaders (India-CARICOM Summit) on 25th September 2019 on the side-lines of the UNGA in New York, had announced an offer of assistance of US$ 150 million Line of Credit (US$ 10 million per CARICOM member state) for CARICOM countries for solar energy and climate change related projects.

The High Commission of India is working closely with the Government of Antigua and Barbuda to finalize proposals for availing this assistance in solar energy sector.