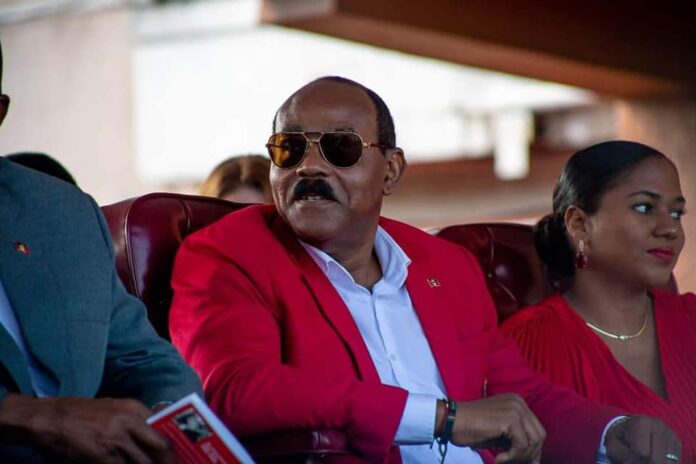 “Senator Frederick made a very important point yesterday. He said that within the Labor Party, certainly myself, as the Prime Minister, was responsible for the appointment.

Me, I had the right to appoint eleven individuals. And seven of them are females.

Seven out of eleven. Now, the UPP, of which Harrell is the one who obviously would have exercised the influence in the appointments, and if it was Pringle, Pringle at least would have appointed one person from his era.

In fact, between Comrade Samantha Marshall and Comrade Gail Christian, they have operated their law firms for over 20 years.

If I’m exaggerating, Samantha is probably close to about 18 years. And Gail is over 20 years.

Harold Lovell, as the leader of the UPP, could not even maintain one of the most successful law practices, Sydney Christian’s practice.

He ran it into the ground. And then you also have Senator Knacyntar Nedd, who is one of the graduates of UWI five Islands. And of course, Maria has a degree in psychology. She has a degree in law.

So you can see that we have four competent, four capable candidates. I’ll make the point here about Maria, too. In the first term, they were beating us that we did not achieve the 500 homes.

Do you recall that? Yes. You know that we got over 1000 homes. She has taken it off the table completely.

When we speak about the housing revolution, I mean, we don’t give it a credit, but to be told she’d be given a significant amount of credit because she has taken chapter national housing to another level.

National housing and chapel are now producing up to 2000 passes of land per year. Prior to Maria taking over, we were struggling to get a few hundred.

So to tell you, she has really buckled down significantly and would have learned a lot. I think she has grown at her job and she has performed.

So I have no doubt that the people of rural east will return her. And I am also equally confident that Comrade Samantha Marshall will be returned.”