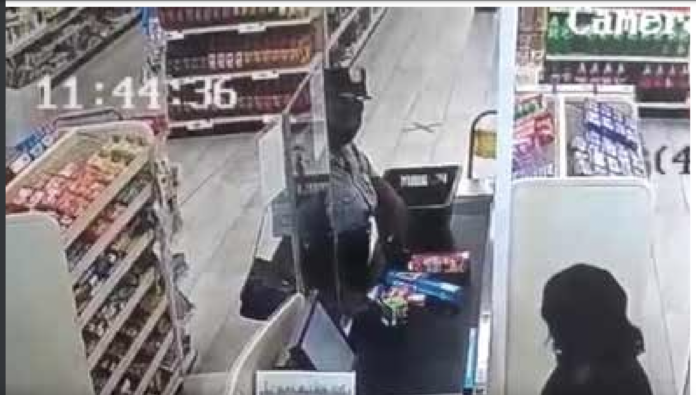 POINTE XPRESS: The female police officer who was accused of shoplifting after a supermarket surveillance video went viral on Monday has been asked to resign.

The video footage appeared to show the veteran officer concealing what insiders say was dental floss in her shopping bag. She was shown unpacking a number of other items from a small grocery basket just moments before the embarrassing incident.

Pointe Xpress learned on Wednesday that after countless appeals to Commissioner of Police Atlee Rodney for leniency on behalf of the 56-year-old corporal, the decision was taken to allow her to resign instead of being fired.

Dismissal would mean the 31-year veteran of the police force would lose her pension and any other benefits she had accrued over the years. The issue has reportedly caused friction within the force as some officers have taken the position that she ought not to have been given the opportunity to resign.

Other officers made pleas for mercy arguing that she should not be made to lose the benefits of her long years of otherwise good service over a regrettable mistake.

In recent times, the police force has taken a hardline position against officers who have brought the organisation into disrepute.

Just last week, it was revealed that officers who had incurred bad debt with civilian members of the public faced disciplinary action ranging from reprimand to dismissal.

Even if the officer is allowed to retire and retain her pension, she will not be eligible to receive it for another nine years when she attains the age of 65.