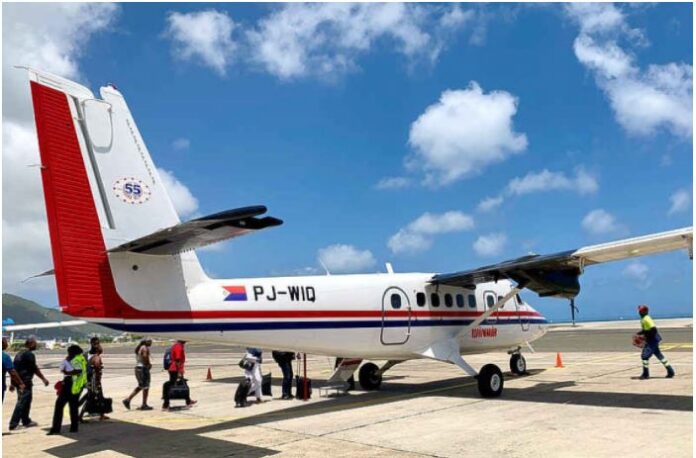 The Dutch government is providing a US $3 million mortgage loan with a market-based interest rate to Windward Islands Airways (Winair) to safeguard the connectivity between the Caribbean parts of the Kingdom.

Dutch Minister of Infrastructure and Water Management Cora van Nieuwenhuizen announced the loan on Thursday, December 31, in a letter to the Second Chamber of the Dutch Parliament. She also did so on behalf of State Secretary of Home Affairs and Kingdom Relations Raymond Knops who will be visiting St. Maarten next week.

Minister Van Nieuwenhuizen, State Secretary Knops and State Secretary of Economic Affairs and Climate Policy Mona Keizer decided positively on the request of St. Maarten Prime Minister Silveria Jacobs to secure a US $3 million (2.7 million euro) mortgage loan for Winair. The Dutch government has a minority share in the airline of 7.95 per cent. The other 92.05 per cent is owned by the Country St. Maarten.

“The issuing of this loan is based on the necessity of maintaining the air connectivity with the Caribbean Netherlands islands. The support is provided in the form of a mortgage loan with a repayment term of 18 months, which can be extended to a maximum of 6 years with mutual approval,” Van Nieuwenhuizen stated in her letter.

Risk mitigating measures are not necessary because it concerns a mortgage loan with collateral. The loan can be repaid at any time and contains a number of “hard conditions” where it concerns connectivity between the islands and the payment of bonuses and dividend, stated the minister.

“The most important condition is that Winair during the duration of the loan must maintain the air connectivity between St. Maarten, St. Eustatius and Saba with at least two flights per day, as soon as the COVID-19 travel restrictions have been lifted,” stated Van Nieuwenhuizen.

Winair may also not pay bonuses to its management and board, and not distribute dividend to its shareholders as long as the loan has not been repaid. The mortgage loan, which involves a market-based interest rate of 4.41 per cent per year, places all immovables belonging to Winair under the so-called first mortgage right.

According to Minister Van Nieuwenhuizen, the financial aid for Winair is essential. The COVID-19 pandemic is deeply affecting Winair’s operations as a result of sharply diminished flight frequency between the three Windward Islands and also between St. Maarten and Aruba, Bonaire and Curaçao.

A situation has evolved whereby the insular connectivity of St. Eustatius and Saba with St. Maarten and Bonaire is in direct jeopardy, stated Van Nieuwenhuizen. For this reason Prime Minister Jacobs had asked financial support from State Secretary Knops in order to maintain a regular air connection between the three Windward Islands.

“The vital importance of connectivity in St. Maarten, St. Eustatius and Saba is a given. Residents of the Caribbean parts of the Kingdom must be able to travel to and from their island. And, even though the current pandemic asks people to limit their travels, there are many reasons why travelling is necessary,” stated Van Nieuwenhuizen, who mentioned medical travel, transport of students or other essential travel.

Maintaining the air connections is also important in light of the transport of goods, mail and the COVID-19 vaccines. After the coronavirus pandemic, the inter-island air connections will be important as well for the unrestricted transport of residents and tourists. Islands that are easily reached by air contribute to a speedy revival of tourism, and as such to the local economy.

The issuing of this mortgage loan to Winair shows that the connectivity between the islands remains fragile, the minister pointed out. The development for the middle-long term strongly depends on the progress of combating the COVID-19 pandemic. This matter is being discussed between the Dutch government, the St. Maarten government and Winair.