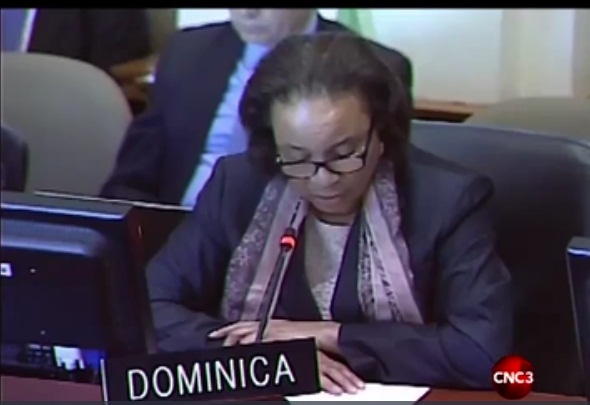 The Dominica government is demanding an apology from the Secretary General of the Organisation of American States (OAS), Luis Almagro, after he posted a message on social media regarding free and fair elections in the country.

In the message posted on his Twitter account on Thursday, Almagro said he had met with the island’s former ambassador to the OAS, Crispin Gregoire, who “expressed his concern that the upcoming elections in Dominica are not free and fair.

But in a two-page letter to Almagro on Friday and reproduced in the local media here, Foreign and CARICOM Affairs Minister, Francine Baron, demanded that the OAS Secretary General immediately remove the message on his Twitter account as well as apologise.

“You are the head of the Organisation of American States, an organisation that the Government of Dominica has invited for the last two elections, to monitor our elections in Dominica. As with any system in the world, our electoral system is not perfect but observers have consistently held that our elections are free and fair,” she wrote informing him that general elections are constitutionally due in 2020.

She said that recommendations have been made regarding ways to improve the electoral system “chief of which is through the introduction of voter identification cards and the revision of the voters list”.

Baron said that the Electoral Commission has approved a system for the introduction of the cards and the legislation to facilitate the process has been drafted.

She attempted to give a detailed account of the measures being followed regarding the situation, adding “the Opposition took the opportunity at the consultation to raise a different objection to the legislation.

‘They have insisted that the Electoral Commission should not go overseas to our population centers, to allow citizens, who are already on the voters list, to participate in the confirmation process and that confirmation should only be conducted in Dominica”.

She said that the Roosevelt Skerrit government withdrew the legislation from the Parliament to allow for further consultation “an invited citizens to come forward with any comment that they had on the bill….”

She said an application was also filed in the High Court seeking an injunction to prevent the legislation being tabled in the Parliament.

“The Electoral Commission has said very clearly on numerous occasions that they need the legislation passed in order to introduce voter identification cards, but there appears to be a concerted effort by the opposition elements not to allow that to happen, on spurious grounds,” he said, adding that the introduction of the cards would allow for a revision of the voters list.

“The right to vote has been hard fought for and no responsible government should arbitrarily take that right away from any citizen, notwithstanding the fact that they reside overseas, once they are not disqualified by law from participating.

“It is clear that in posting this tweet, you Mr. Secretary General are endorsing and giving credence to unsubstantiated complaints made to you, without giving the Member State, whom you represent even the simple courtesy of an opportunity to respond. Is that what we as Member States can expect from you as your new modus operandi.

“We demand that you immediately take down that tweet, which is inaccurate, false and misleading and tender an appropriate apology and clarification that this does not represent a conclusion by the Organisation of American States,” Baron wrote.