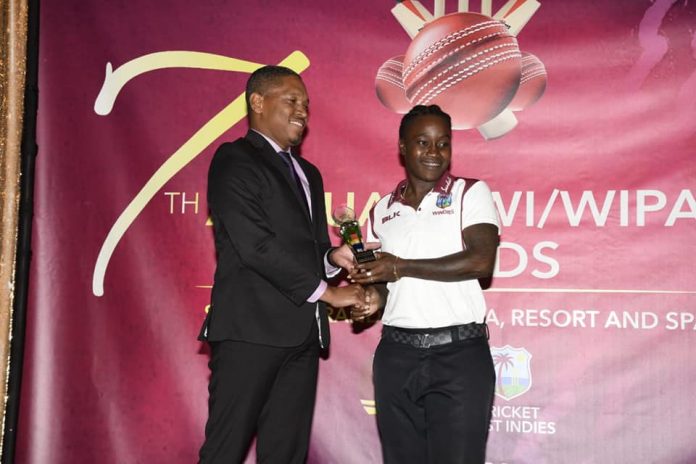 An attractive lower order batsman, Holder gathered 565 runs in eight Tests during the period under consideration – April, 2018 to March, 2019 – including a monumental maiden Test double hundred against England in the first Test at Bridgetown last January.

That innings – an unbeaten 202 – propelled West Indies to a 381-run victory, laying the foundation for a 2-1 series win and the recapture of the Wisden Trophy for the first time in a decade.

During the same period, Holder captured 40 wickets with his steady medium pace, and last February was installed as the number one Test all-rounder in the ICC player rankings.

The right-hander averaged 41 with the bat in six One-Day Internationals and also picked up 15 wickets at 13 runs apiece with her sharp medium pace. In T20 Internationals, the 28-year-old averaged nearly 33 and snared 14 wickets.

Not surprisingly, elegant right-hander Shai Hope picked up the ODI Player-of-the-Year for a second successive season. The 25-year-old averaged 63 from 16 matches and lashed three hundreds – all coming in the space of seven innings last year on the tour of the Asian subcontinent.