The Government has been ordered to place a hold on plans to implement the property tax. 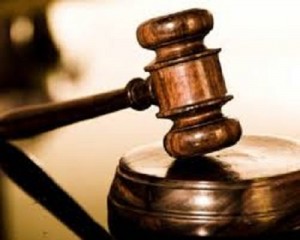 After hearing the constitutional motion in the San Fernando High Court on Friday,  Justice Frank Seepersad granted a stay of implementation and enforcement of the decision by Government that all property owners were required to complete and submit a Valuation Return Form.

As a result, the June 5 deadline given to citizens to present their documents to the Valuation Division of the Ministry of Finance for the calculation of the property’s Annual Rental Value has been voided.

Seepersad ruled the stay will remain in place at least until May 31, after hearing arguments from the lawyers for the claimants and the State.

“On the application for interim relief, the court hereby orders that, with immediate effect, there shall be a stay of the implementation and/or enforcement of the decision contained in a news release dated April 19, 2017, that “all property owners are now required to complete a valuation…”.

The judge added: “In democratic societies, there should always exist a circumstance where the law creates a climate of certainty.

However Finance Minister Colm Imbert – by way of a text message told the local television station late Friday that an appeal has been fixed for 9:00am (local time) on Monday.

Meanwhile, opposition leader Kamla Persad-Bissessar says the Government should respect the judgment and not bully the people to submit forms until the court process is final.

At a press conference held late Friday, shortly after the ruling was handed down, Persad-Bissessar said no one should submit the Valuation Return Form (VRF) until the court makes a final .

“This injunction is a victory for the people and testimony to the political strength of the UNC. As we move forward, I urge the Government to respect the judgment of the Supreme Court and reconsider its position on the implementation of the property tax.

“This tax will cripple many and bring our people to their knees as the financial hardship caused by its policies is oppressive, cruel and unjust,” the opposition leader said.

She said the “mad rush” to impose the property tax at a time when citizens are losing their jobs, the cost of living is ever increasing and people are being forced to spend money that they do not have to protect themselves from criminals is “cruel and heartless”.

She said the Property Tax Act was not passed with a special majority and interferes with several fundamental rights that are enshrined in the Constitution.

According to the former Prime Minister, it violates the right not to be deprived of the right to use and enjoy one’s property without due process of law, and the protection of the law.

“The present valuation process is illegal because the Government has failed to bring the Valuation of Lands Act to Parliament for proper consideration and amendments, they are scared to do this because they know that we in the UNC will not give our support to the introduction of the property tax.

“That is why, when I was prime minister, I took no steps to implement the property tax but instead, granted a waiver to all citizens for five years,” said Persad-Bissessar.

She said the wide-ranging request for citizens’ personal information under threat of criminal sanction is unconstitutional and illegal.

“No one can be prosecuted if they refuse to comply with this irrational request which violates their constitutional right to privacy. ….had the Government listened to us, it would have avoided this humiliating and embarrassing breach of the rule of law,” said Persad-Bissessar.