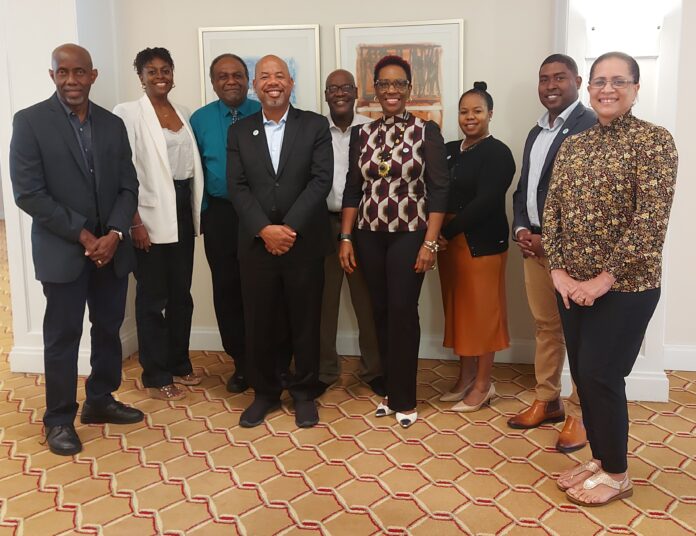 (City of Belmopan, Belize) At the Annual Meeting of the Board of Governors of the Caribbean Community Climate Change Centre (CCCCC) on December 8-9, 2022,
following the conclusion of the United Nations Climate Change Conference (UNFCCC)

twenty-seventh Conference of the Parties (COP27), the Board, inter alia, discussed the
implications of the outcome of the COP27 for the Caribbean Community (CARICOM).

The Board recalled the COP27 statement of the Council for Trade and Economic
Development (COTED) in which CARICOM called for (i) increased climate ambition to
keep the 1.5°C goal alive,

(ii) urgent implementation of climate action and support to
avoid further imperilling the lives and livelihoods of the Caribbean people, and

(iii) the establishment at COP27 of a new fund to support SIDS in addressing loss and damage.

The Board hailed the COP27 decision to establish a new fund for loss and damage as a
significant waypoint.

But while the establishment of the fund is a major victory for
SIDS, the COP27 failure to deliver any major breakthroughs on mitigation ambition,
leaves the Paris Agreement’s 1.5°C goal on life support.

The Board expressed disappointment that, once again, developed countries failed to fulfill their USD100 billion per year climate finance goal; and of the finance delivered over the period 2016- 2020, SIDS received only an estimated USD1.5 billion.

In that same period, the Board noted with dismay that some 21 SIDS reportedly paid more than US$26.6 billion to their external creditors.

The Board further noted that the follow-up work to operationalize the COP decisions will
depend on the effectiveness of processes created and will therefore require active regional
engagement.

In particular, it highlighted the need for the region to have representation on the transitional committee established to design the loss and damage fund that will meet
the needs of SIDS and to also ensure the presence of regional observers to the work of the
committee, where appropriate.

Additionally, the Board noted that 2023 will be the final round of technical dialogues for the Global Stocktake (GST), which will conclude at COP28 in the United Arab Emirates.

Given the region’s expectations that the GST will instruct a course correction of global efforts for 1.5°C and provide tangible technical solutions to that end, the Board considered the importance of contributing Caribbean- specific solutions that could form part of the GST outputs and serve as tools to unlock financing.

The CCCCC’s Board also considered that in the further elaboration of elements for the new collective quantified goal on climate finance, the region would be best placed to influence the quantitative and qualitative elements of that goal by supporting CARICOM with the identification and articulation of needs and priorities.

Finally, the Board underscored the importance of the region’s continued climate leadership, and advocacy for progress on all fronts lest we lose the narrowing window of opportunity to limit global warming to 1.5°C and suffer even greater loss and damage.

It also emphasized the region’s potential to maximize opportunities inside and outside of
the climate change process and to improve access to finance at scale, on grant or concessional terms, with a view to bridging implementation gaps and achieving the UN
Sustainable Development Goals (SDGs).