A former employee at The Ritz-Carlton resort here, has been sentenced to 14 months in prison for thefts totaling US$13,397 over a three month period last year. 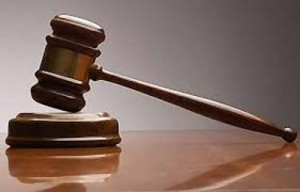 Earlier this year, Narine Hunter, 55, a former general cashier at the resort, pleaded guilty, however sentencing was adjourned so that the court could obtain a social inquiry report and victim impact report.

Hunter was the general cashier at The Ritz-Carlton, Grand Cayman for over eight years and managed the daily intakes from the hotel’s facilities, such as restaurants and bars.

According to court documents, she was the only person who had the full combination to the main cash vault, while two others  T had half of the combination, so both would have needed to be present to access the vault.

In July 2016, a discrepancy was found when her access code was changed .

During an internal investigation, Hunter admitted taking the missing funds in small amounts over a period of time.

At the sentencing hearing on Friday, the presiding magistrate Valdis Foldats, told the court that she considered mitigating factors put forward by defense attorney along with character references that described Hunter as educated and responsible, reliable and hard-working, “the most honest person that I have ever met.”

The magistrate quoted from the social inquiry report, which explained that Hunter and her husband divorced about two years ago. This had a “major financial effect on her and she was adjusting to paying all the expenses on her own.” She was struggling to make ends meet and “in a difficult financial situation as she was three months in arrears of her mortgage and facing foreclosure …. She was under enormous pressure and folded under the financial pressure.”

The judge said that taking into account Hunter’s remorse, cooperation with the investigation and admission of responsibility, the sentence was reduced from 24 months to 21 months.

He also gave her full credit for her guilty plea, a one-third deduction that resulted in a prison term of 14 months.