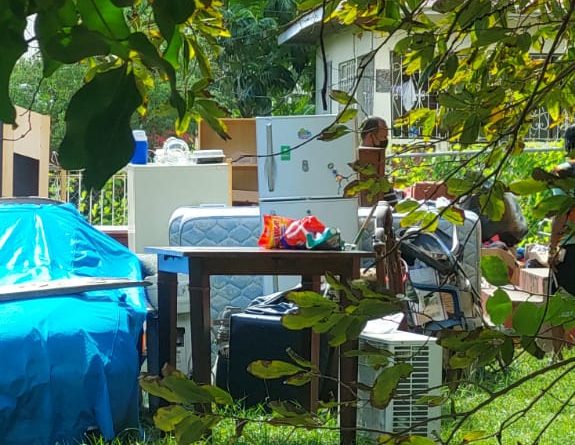 REAL NEWS: Political hopeful Anderson Carty reportedly was picked up on a bench warrant today, January 20, and was evicted from his Buckleys Street, Greenbay, home this morning.

The eviction order was signed by a magistrate.

A source tells REAL News that Carty had previously failed to show up to court for a civil matter, forcing the presiding magistrate to issue a bench warrant for his detention.

Following the execution of that warrant, Carty reportedly was taken before the court.  He has been remanded to St. John’s Police Station until Friday morning, January 21, when he is expected to reappear before Civil Court Magistrate Craig Christopher.

Meanwhile, earlier today, at least three bailiffs from the St. John’s Magistrates’ Court, along with an attorney and others, went to Carty’s home.  There, they executed a Warrant of Possession issued against him for the non-payment of rent.

The aspiring politician, who hopes to run in the Rural West constituency, reportedly has lived in the property for about 15 years, and a source says he should have moved out since 2015.

Reportedly he has not paid rent for a number of years, and, as a result, the landlord took him to court.  An order was then made against Carty for the $25,000 he is said to owe.

The court reportedly had given him until January 15, 2022, to vacate the premises, but he failed to do so and, therefore, had to be forcibly removed.

A handful of people gathered on the scene as Carty’s possessions were being removed from the house.  A Mac truck was parked in front of the premises as items, including a mattress, a refrigerator and a television stand, were placed in the yard to be taken away