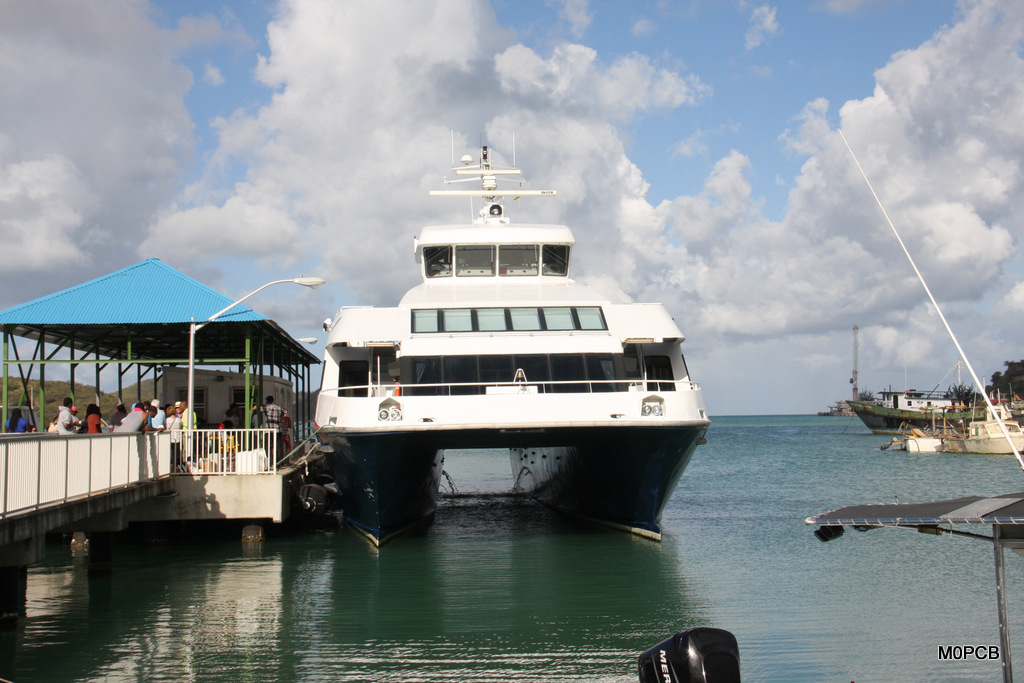 Caribbean Community (CARICOM) leaders were adopting a more cautious approach towards establishing a regional ferry service that has been bandied about for more than a decade.

The leaders are ending their two-day inter-sessional summit where they discussed recommendations from a Special Meeting of the CARICOM Council for Trade and Economic Development (COTED) on Transportation, held earlier this month in St. Vincent.

The meeting in Kingstown dealt with, among other things the Multilateral Air Services Agreement (MASA), proposals for a regional ferry service and easier security check-in for in-transit passengers.

CARICOM Secretary General Irwin La Rocque told reporters is not too optimistic that the regional ferry service would be a reality soon.

“That discussion right now is probably a little bit preliminary. We have had studies in the past and we are dusting them off, looking at them again. We have actually done…some work on that before to see if now is the right time and what it takes.

“The cost has to be right. I mean you don’t want to put something in place  and it is so prohibitive that no one is going to use it . So it is a matter that we will revisit every once in a while to see if the time is right,’ La Rocque said, noting “sometimes something is right now and it is now right the next time. It is a process”.

Antigua and Barbuda Prime Minister Gaston Browne, while supportive of a regional ferry service, says it must not be an expensive venture.

“Absolutely, I am always supportive of regional transportation. You can’t have an effective single market without being able to move goods and people effectively.

“I am also of the view too that transportation Is so costly that in that no single country can do it on its own, that it needs to be full regional cooperation, there should be shared benefits and share burden”.

He said he believes that a regional ferry service could happen, but now “it is a work in progress, it will take some time, it’s an aspiration and I am quite sure that provided that we continue to show commitment and to examine the different pathways to get there, (and) that eventually we will”.

President of the Barbados-based Caribbean Development Bank (CDB), Dr. William Warren Smith said a regional ferry service “is one of the options, but I think it needs very very careful study.

“But what I like to say is that it is not a substitute for air transport. It is a compliment to air transport, so that it has its own niche especially for the movement of cargo between the islands. But it also has a role in relation to the transport of tourists and different types of groups moving around the Caribbean.

“So I am not going to write it off but one of the things we need to be very very careful about is that we don’t take on new obligations that we can’t stand up to  because that would be a disaster”.

St. Lucia’s Prime Minister Allen Chastanet has long been an advocate for the regional ferry service dating back to 2009 when he expressed his disappointment with the service provided by the Antigua-based regional airline, LIAT.

“I firmly believe that the needs of this region will never be able to be satisfied by air,” he said.

In July 2011, then CARICOM chairman, Dr. Denzil Douglas said serious consideration was being given to a proposal for a regional fast ferry service with Trinidad and Tobago presenting a study on the feasibility of the project.

Port of Spain had said a five million US dollar subsidy every six months would be have been needed to sustain the service.