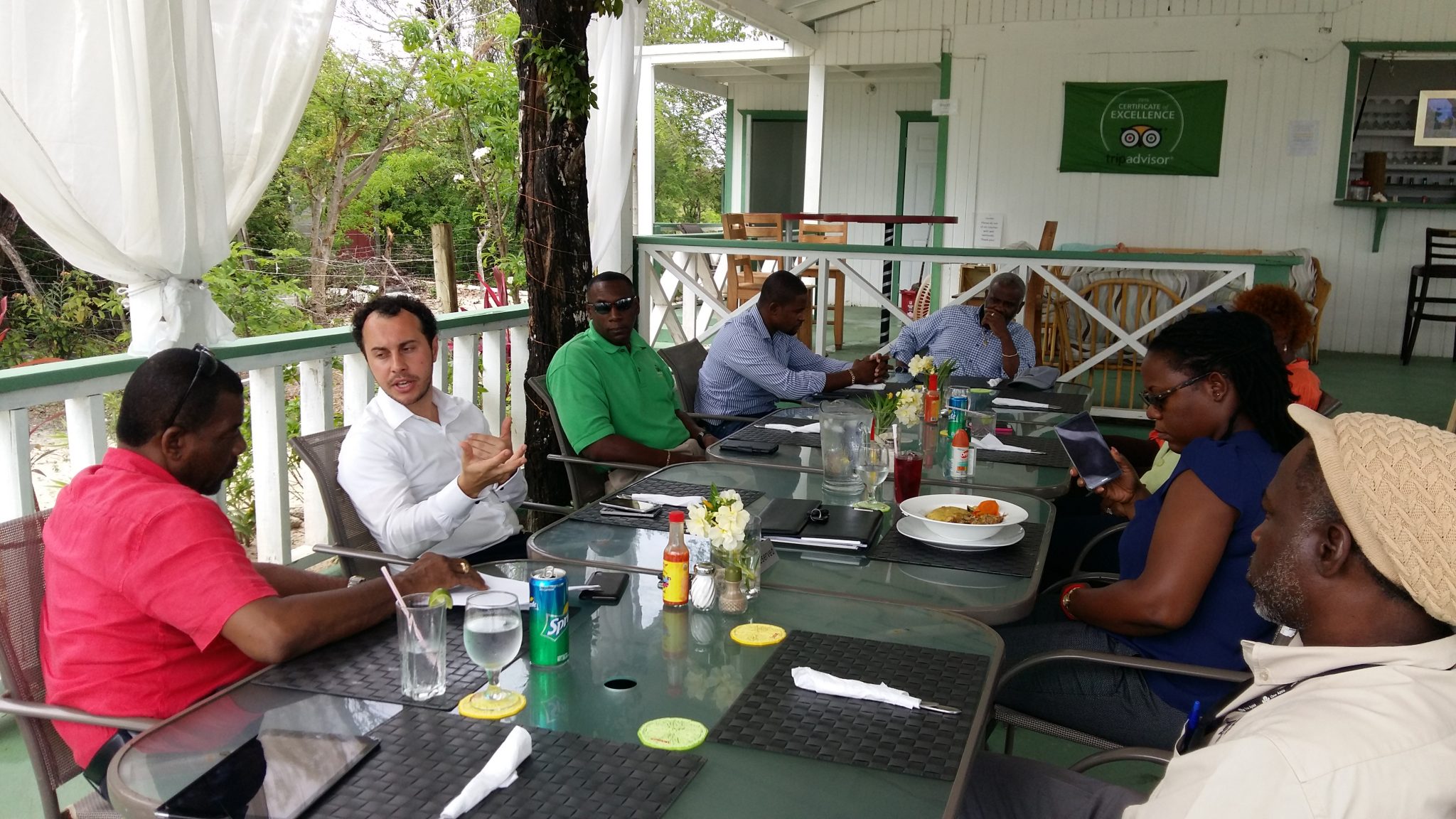 A delegation from the oil-rich United Arab Emirates (UAE) has met with the Barbuda Council, as the sister isle seeks to become a 100% green energy island, in terms of its electricity production.

The Ministry of Energy and the Antigua Public Utilities Authority (APUA) were also present for the 3rd May with a representative from Masdar of the UAE.

The meeting which took place in Barbuda was aimed at providing Masdar with a first-hand perspective on the opportunities and challenges for renewable energy development in Barbuda.

The mission to Barbuda comes against the background of a US$50 million grant funded by the Government of the UAE for supporting renewable energy projects in sixteen Caribbean countries. Antigua and Barbuda is among a number of Caribbean countries which have already submitted requests to the UAE – Caribbean Renewable Energy Fund for the development of renewable energy projects in the region.

Technical implementation of the UAE Fund is being managed by the Masdar, Abu Dhabi’s renewable energy company, which works to advance the development, commercialization and deployment of clean energy technologies and solutions.

The project proposal for Barbuda, the brainchild of Prime Minister Gaston Browne, is aimed at a smoothly phased movement by Barbuda away from expensive and polluting imported fossil fuels to a situation where the island’s electricity would be supplied by a mix of renewable energy technologies, expected to be primarily solar and wind power, backed up by modern battery storage technologies.

The team visited the APUA electricity plant in Codrington and obtained data which would be required for advancing renewable energy uptake on Barbuda as well as visiting possible sites for installation of the facilities.

While in Barbuda the team met with representatives of the Barbuda Council led by the Honorable Arthur Nibbs, Parliamentary representative and Minister with responsibility for Barbuda Affairs, who confirmed his government’s full support for the project and pledged his assistance in taking the project proposal forward.