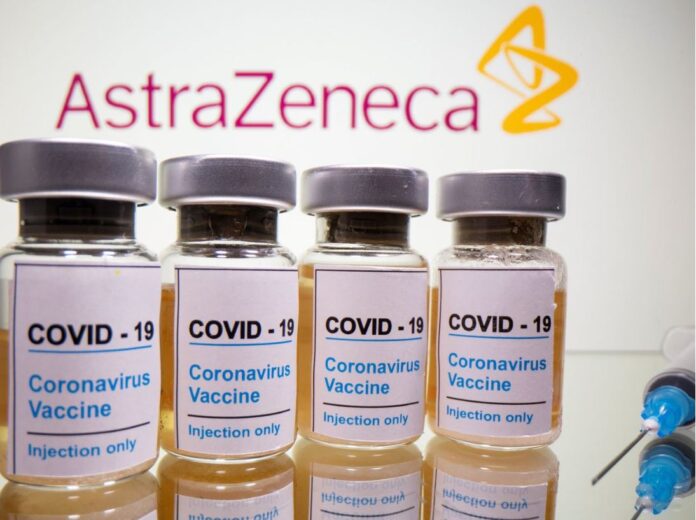 Scientists have made an AstraZeneca breakthrough, believing they have found the “trigger” in the vaccine that causes extremely rare cases of blood clotting.

The research team from Cardiff and the US discovered that a protein in the blood is attracted to a crucial component of the vaccine. They believe that this starts a chain reaction in the immune system, that can result in extremely rare but dangerous blood clots.

While the rollout of the Oxford-AstraZeneca vaccine is thought to have saved over a million lives by protecting people from COVID-19, concerns about the rare blood clots have meant that many countries have opted for alternatives.

In the UK, the under 40s were offered other vaccines like Pfizer or Moderna instead, while the EU delayed rolling out AstraZeneca for some time after Britain, with French President Emmanuel Macron even slating the jab as quasi-ineffective too.

It led to a rigorous investigation into the jab to determine what was causing the rare blood clots and if there was any way to prevent this life-threatening effect.

The Government gave provided the Cardiff team with funding to conduct the investigation.

And scientists from AstraZeneca also took part in the study after earlier results from the team were published.

An AstraZeneca spokeswoman said that is more likely that blood clots form because of a COVID-19 infection than because of the vaccine itself, and that the team has still not developed a full understanding of why it happened.

She said: “Although the research is not definitive, it offers interesting insights and AstraZeneca is exploring ways to leverage these findings as part of our efforts to remove this extremely rare side effect.”

But the team made two initial discoveries that gave them a better understanding of the cause of the rare blood clots.

One was that a higher risk of clots was seen only with some of the vaccine technologies.

The other was that people who experienced the blood clots had unusual antibodies that were attacking a protein in their blood known as platelet factor four.

Vaccines rolled out in Britain all take a piece of the genetic code virus into the body to train the immune system.

While some of the vaccines store the code ins spheres of fat, the AstraZeneca vaccine sends a snippet of the adenovirus (a common cold virus from chimpanzees) to your cells.

The researchers suspected that the adenovirus may be linked to the blood clots seen in some people.

They performed a technique called cryo-electron microscopy to snap images of the adenovirus in molecular-level detail.

The study, published in the journal Science Advances, unveiled that the outer surface of the adenovirus very strongly attracts the platelet factor four protein to it.

Professor Alan Parker, from Cardiff University, said: “The adenovirus has an extremely negative surface, and platelet factor four is extremely positive and the two things fit together quite well.”

He added: “We’ve been able to prove the link between the key smoking guns of adenoviruses and platelet factor four.

“What we have is the trigger, but there’s a lot of steps that have to happen next.”

The researchers believe that the next step could be “misplaced immunity”.

But this does need confirmation from further research.

It is believed that the body starts to attack platelet factor four after mistaking it for part of the adenovirus it gets stuck to.

This causes antibodies to get released into the blood, which sticks together with platelet factor four and triggers the formation of blood clots.

The clots, which have been given the name vaccine-induced immune thrombotic thrombocytopenia, have been linked to 73 deaths out of nearly 50 million doses of AstraZeneca administered in Britain.