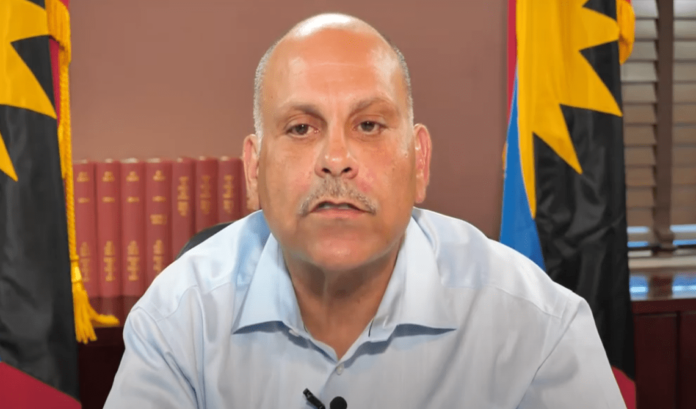 Four-term Member of Parliament Asot Michael will hold a press conference at Caribbean Union Bank, Frair’s Hill, shortly.  Mr. Michael will speak on the denial of access to his and his family’s funds. More to come.

TWIN ISLAND MEDIA: Asot Michael has accused Caribbean Union Bank (CUB) of unduly withholding funds belonging to him and his family members which were intended for his political campaign.

This is according to a statement given by Michael this afternoon in an interview with George Wehner of the UPP aligned outlet Real News Antigua.

There has yet to be a public statement by CUB. Michael is running as an independent candidate in St. Peter in the upcoming elections. He has served as MP there for 4 terms since 2004, previously on a Labour Party ticket.

Michael is alleging that his inability to access funds is due to political interference, but he did not provide immediate evidence of this claim.

He is demanding all funds held in the bank be withdrawn in cash today, and that his and his family’s account’s there be closed.

The government of Antigua and Barbuda has a significant interest in CUB.