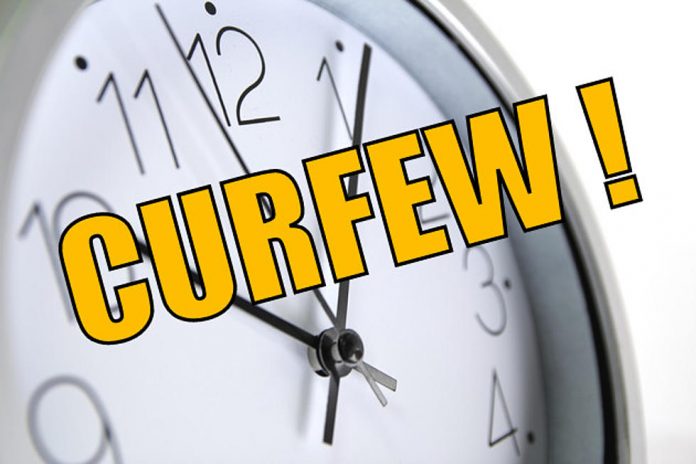 The Antigua and Barbuda Parliament has approved the lifting of the state of emergency (SOE) and curfew that had been put in place since March last year to curb the spread of the coronavirus (COVID-19) pandemic that has killed 117 people and infected 4, 178 others since March 2020.

But Prime Minister Gaston Browne told legislators that while the SOE and the curfew will be lifted on December 24, the measures could be reversed, if the need arises.

“However, the health protocols as established to include the wearing of masks, social distancing and sanitisation, those remain in place.

But opposition legislators contended that there was never a need for the SOE and curfew, which they claimed the government had put in place to restrict the freedom of nationals and curb disquiet about the government’s policies.

Opposition Leader Jamale Pringle also used the opportunity to criticise the government over its vaccination policy and mandate which he said negatively affected citizens.

“Mr Speaker, I have had many calls and visits from persons who were suffering, who were out on medical leave long before the mandate (and) depending on their salaries to help them to get medication and guess what, without even putting proper structure in place they suffered from the fact that they did not present a vaccination card, whilst they were out on medical leave and their salaries were stopped”.

Pringle said that those affected workers “are still trying to get their salaries for those months and they keep sending them here, sending them there. I had many constituents who have experienced tremendous challenges because of the vaccine mandate,” he said.

The government had warned that front line public workers, including public servants, ran the risk of being declared having left their jobs if they failed to be vaccinated or fail to produce a weekly PCR test showing that they have tested negative for the virus.

The Parliamentary Representative for Barbuda, Trevor Walker, said that the SOE was unnecessary and that the authorities had implemented the measure so to protect themselves against mitigation.

Meanwhile, the government has told members of the population that they must be prepared to live with COVID after health authorities informed Cabinet that approximately 58,000 residents are fully vaccinated and 4,000 partially vaccinated and that no one is currently hospitalised with the virus.

“To date, Antigua and Barbuda has not recorded a single case of this (Omicron) variant, although it is only a matter of time before it will reach the shores of many Caribbean countries. In the past week visitors have come from more than 77 countries all carrying ID cards showing that they are fully vaccinated; yet, a small number has been identified as infected.

“The population must, therefore, be prepared to live with COVID; and, many will have to take a booster shot to protect against possible infection. The Cabinet encourages everyone who is eligible to take the COVID-19 vaccine,” according to the statement issued after the weekly cabinet meeting.

The statement said that Cabinet, having given careful consideration to the presentation made the previous week by the group of persons representing the promoters, and in consideration of the ongoing threat posed by the Omicron variant “has decided to maintain an upper limit of 300 for approved fetes with a further restriction that only one event will be permitted on any given day subject to all of the other safety protocols inclusive of the rapid test pre-screening.”

It said private parties are limited to 25 persons, other than those held in bio-secure spaces and that “Cabinet reserves the right to review every seven days the efficacy of the restrictions that are imposed, in order to determine whether those restrictions are achieving the desired outcome”.