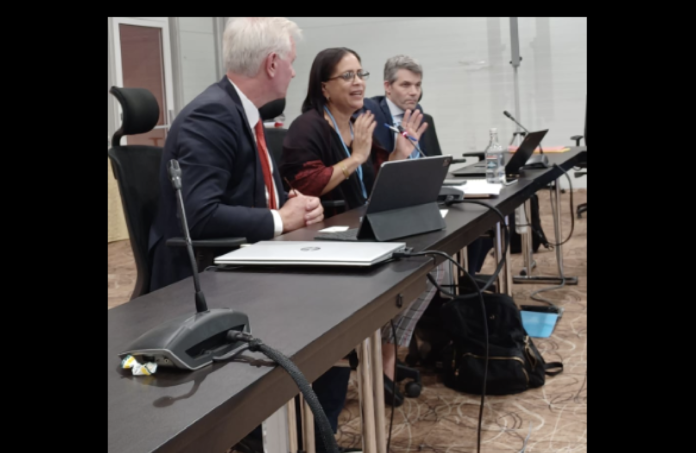 The event was held as discussions on financing countries’ climate priorities topped the agenda for COP27.

They focused on the ongoing climate negotiations and the trillions of dollars needed per year globally of largely private-sector investment and finance.

These resources are needed by developing countries as they transition to a low-carbon society.

Ambassador Black-Layne acknowledged that having such dialogues was important, particularly, as losses and damages from climate change increase across the world resulting in countries struggling to adapt to the negative impacts.

“The dialogue was helpful as the United Nations Framework Convention on Climate Change moves to set a new climate finance target from the USD100 billion already established in Paris in 2015,” said Ambassador Black-Layne. “The meeting was designed to hear from investors, who are eager to be a part of the energy transition as well as adaptation projects and are looking for bankable projects to invest in world wide.”