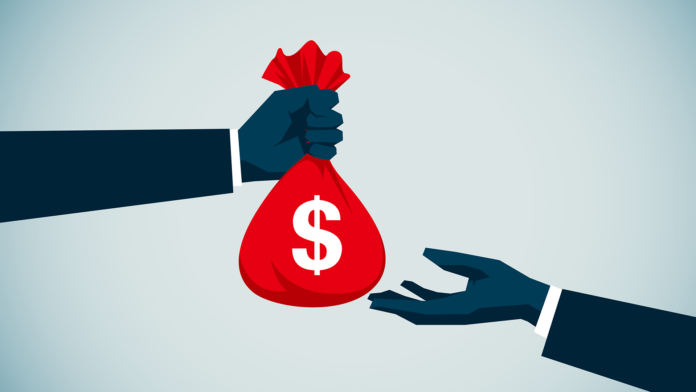 December 16, 2022, BRIDGETOWN, Barbados – Despite increasing global efforts at combating corruption, “lawful but awful” practices which push the limits of

anti-corruption legislation by staying just within the laws or by exploiting loopholes and disparities between jurisdictions, remain stubbornly persistent.

Professor Nikos Passas, professor of Criminology and Criminal Justice at Northeastern University, highlighted this as a key issue for anti-corruption,

“We have thrown money and we have seen the convergence of agendas and rule of law, governance development and anti-corruption, and yet there are signs that we are dropping the ball.

The scores on the control of corruption are flat or going down,” Professor Passas noted during his address.

He spoke on day one of the free two-day virtual conference offered by CDB, which attracted nearly 1200 registrants from 51 countries.

The conference covered and provided cutting edge insights on some of the most current issues in the sector, including a high-level panel on the ongoing fallout from the collapse of the Caribbean-based crypto-currency exchange, FTX.

He underscored the problem of “asymmetries of laws” between countries where practices that are criminalised in one country due to their negative impacts on health, safety, the environment, or financial wellbeing, are not criminalised in other countries.

“We’re talking about practices allowed by the law… but when you look at their effects, they are detrimental and sometimes worse than organised crime.

And what you have to realise is sometimes the law is bad – it is decided and made by corrupt lawmakers and dictators and influenced by ruthless corporations.

And when you’re trying to do comparative work, you also face the reality of asymmetric laws – different standards, different provisions from place to place,” said Professor Passas.

He highlighted the financial incentive for companies to do such, noting that the costs of mitigating against or preventing certain

bad practices can be significantly higher in jurisdictions with tighter regulatory and legislative frameworks and that the rewards reaped can be huge.

This is why, he added, companies still seek to “externalise the costs” they would usually incur by transferring their bad behaviour offshore.

forcing or lobbying or influencing legislation in ways [so] that what they cannot do at home, they are allowed to do in other countries,” he asserted in his presentation.

This behaviour, he said, was accompanied by a code of hypocrisy which framed such issues as being characteristic of developing

countries and regions but was muted in its critique of the developed countries that were home and headquarters to companies which propagated “lawful but awful” behaviour outside of their borders.

“We look at the perception [of corruption] index and we see Denmark is at the top.

Then you look at the biggest banking  scandal that facilitated corruption and money laundering in the world with hundreds of billions of dollars involved, and it is Danske Bank.

“How can you be the cleanest country in the world and be the home of the company that allowed this corruption scandal to take place overseas?

Somehow, the metrics have to take into account what your citizens do overseas – your individual and corporate citizens,” stated Professor Passas.

On December 13, Danske Bank a Danish financial institution, pleaded guilty in the United States in a massive bank fraud

conspiracy case where US$212 billion in illicit funds was laundered through its now-closed Estonian branch for high-risk clients from various countries.

The conclusion of the long-running investigation which covered operations between 2008 and 2016, will see the Danish bank pay US$2 billion in fines.

“The bottom line is the more such companies or industries flourish, the more societies suffer [and] are worse off. And the externalisation of costs [is] shifted to the

shoulders of the weakest and least privileged groups or countries and the blame is also externalised… the practises are considered natural or inevitable or part of our economic system and critique therefore is muted,” he charged.