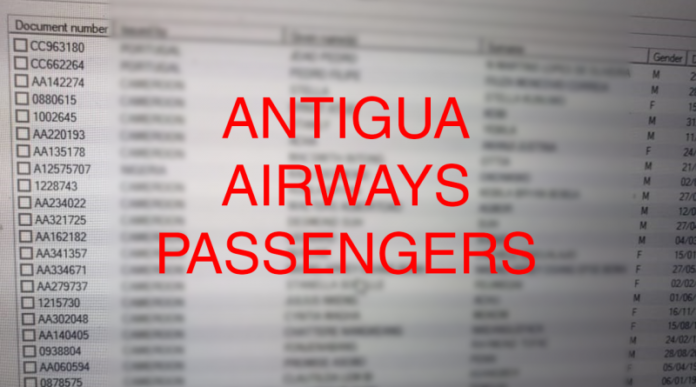 A high-ranking Government official is alarmed and disgusted by what he notes are security breaches — not lapses — that have allowed hundreds of so-called tourists from several African Nations to enter Antigua and Barbuda without the usual checks and immigration protocols being applied, and he is threatening to release their names to the public.

On Tuesday locals woke up to the news that more than 200 Africans had been landed overnight at the V.C. Bird International Airport, the third such arrival by chartered flight since November 1.

Reportedly, this batch of visitors was much like the two that preceded it in that the passengers – for whom visa requirements allegedly were waived – did not have confirmed accommodations and appeared not to have sufficient money to pay for traditional hotel rooms or even transportation.

And, as happened before, government-owned vehicles were deployed as part of the selected transportation brigade.

There has been no explanation from Prime Minister Gaston Browne – who had heralded the launch of direct flights from West Africa, bringing wealthy investors via a purported “Antigua Airways” – and no word from Foreign Affairs Minister E.P. Chet Greene, under whose portfolio Immigration falls, nor from Tourism Minister Charles “Max” Fernandez.

Accordingly, speculation is rife among residents and members of the Antigua and Barbuda Diaspora – especially since a Nigerian who resides here has claimed that many of the passengers employed deception in the booking of accommodation and appear not to have the financial means to support their stay here.

These are concerns shared by the Government official, who says he is willing to publish the names of the recently arrived Africans as a precaution and to heighten the awareness of residents and communities.