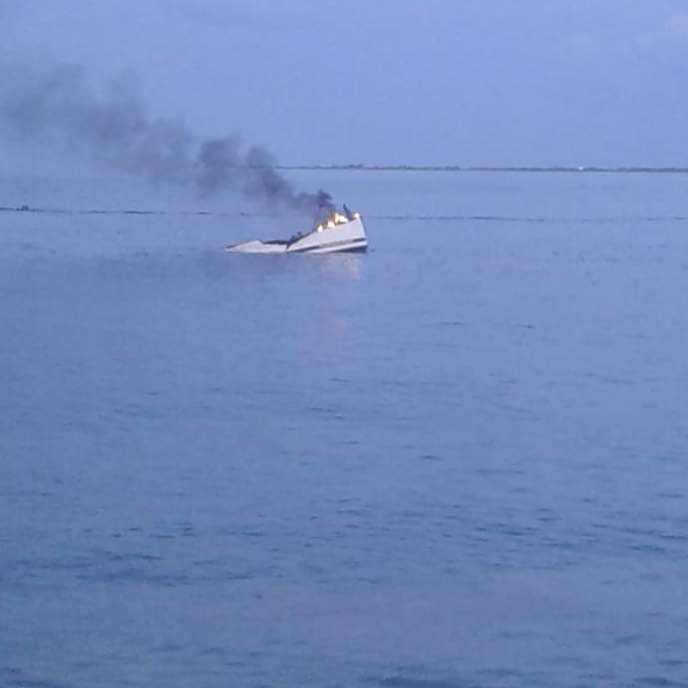 Four people reportedly escaped death after abandoning a burning yacht this morning.
According to reports, the vessel, which was near Barbuda, caught fire this morning.
Those aboard reportedly escaped with the assistance of a dingy before it sank.
Preliminary investigation by the fire department reportedly indicated that the yacht may have been struck by lightning.
Attachments area