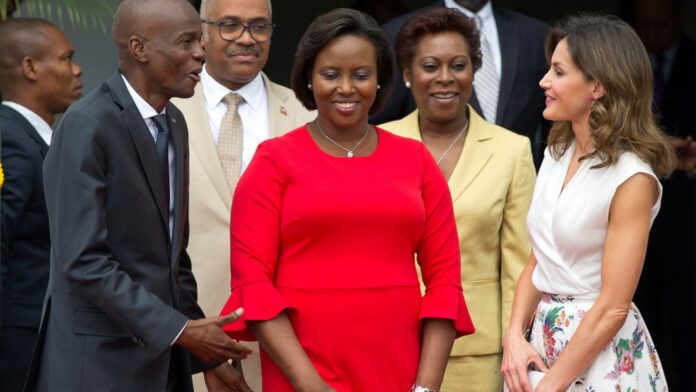 THE WIDOW OF slain Haitian leader Jovenel Moise, who was critically wounded in the attack that claimed his life, today issued her first public remarks since the assault, calling on the nation not to “lose its way.”

“I am alive, thanks to God,” Martine Moise said in an audio message posted on her official Twitter account three days after her husband was shot dead in their home.

“I am alive but I have lost my husband Jovenel,” she added.

The authenticity of the remarks, made in Creole, was confirmed to AFP by Haiti’s minister of culture and communications, Pradel Henriquez.

Martine Moise was rushed to a Haitian hospital after the attack in the early hours of Wednesday, before being evacuated to Miami for treatment.

According to Haitian authorities, an armed commando of 28 men – 26 Colombians and two Haitian-Americans – burst in and opened fire on the couple in their home.

So far, 17 have been arrested, and at least three were killed. A handful remain at large, police say. No motive has been made public.

“In the blink of an eye, the mercenaries entered my home and riddled my husband with bullets … without even giving him a chance to say a word,” Martine Moise said in her audio message.

I am crying, it is true, but we cannot let the country lose its way,” she said. “We cannot let his blood… have been spilled in vain.

Her husband’s killing has plunged already troubled Haiti – the poorest country in the Americas – into chaos. 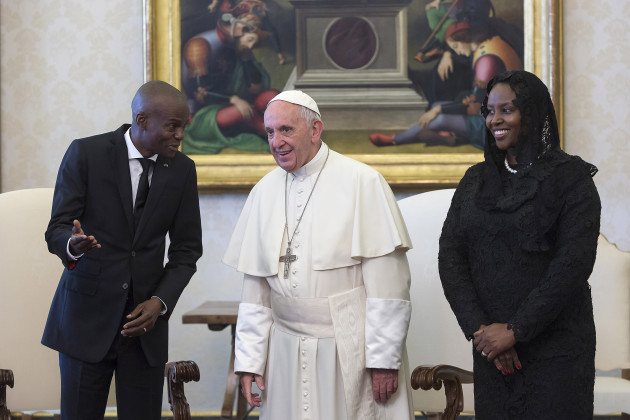 Amid deep uncertainty over its political future, the international community has called on the impoverished Caribbean country to go ahead with the presidential and legislative elections slated for later this year.

“I will not abandon you,” Martine Moise said.

She promised to engage in a direct exchange with Haitians on Facebook “in the near future.”