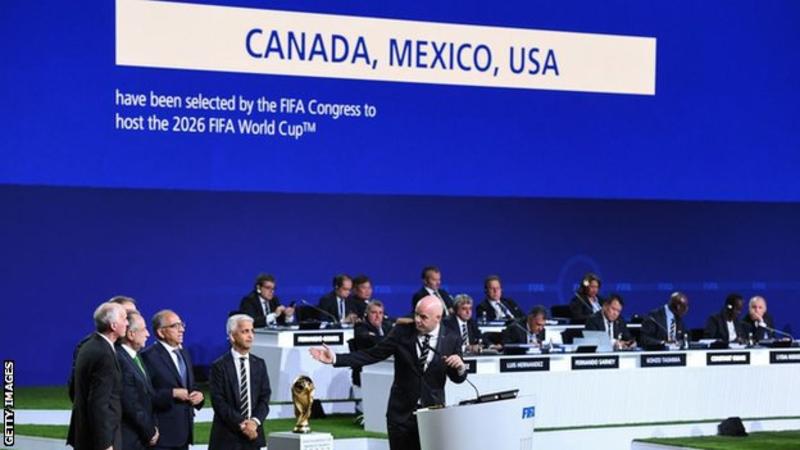 The 2026 World Cup will be held in the United States, Canada and Mexico after their joint bid beat Morocco’s proposal to host it.

The ‘United 2026’ bid was selected by Fifa member nations, winning 134 votes compared to 65 for Morocco.

The 2026 tournament will be the biggest World Cup ever held – with 48 teams playing 80 matches over 34 days.

“Football is the only victor. We are all united in football,” US Soccer president Carlos Cordeiro said.

“Thank you so, so much for this incredible honour. Thank you for entrusting us with this privilege.”

Of the 211 Fifa member nations, 200 cast a vote at the 68th Fifa Congress in Moscow on Wednesday, with the winning bid needing a majority of 104.

Canada, Mexico, Morocco and the US were exempt, while Ghana was absent after the country’s government said it had disbanded its football association amid allegations of “widespread” corruption.

Three US territories – Guam, the US Virgin Islands and Puerto Rico – were among the other member nations to not vote.