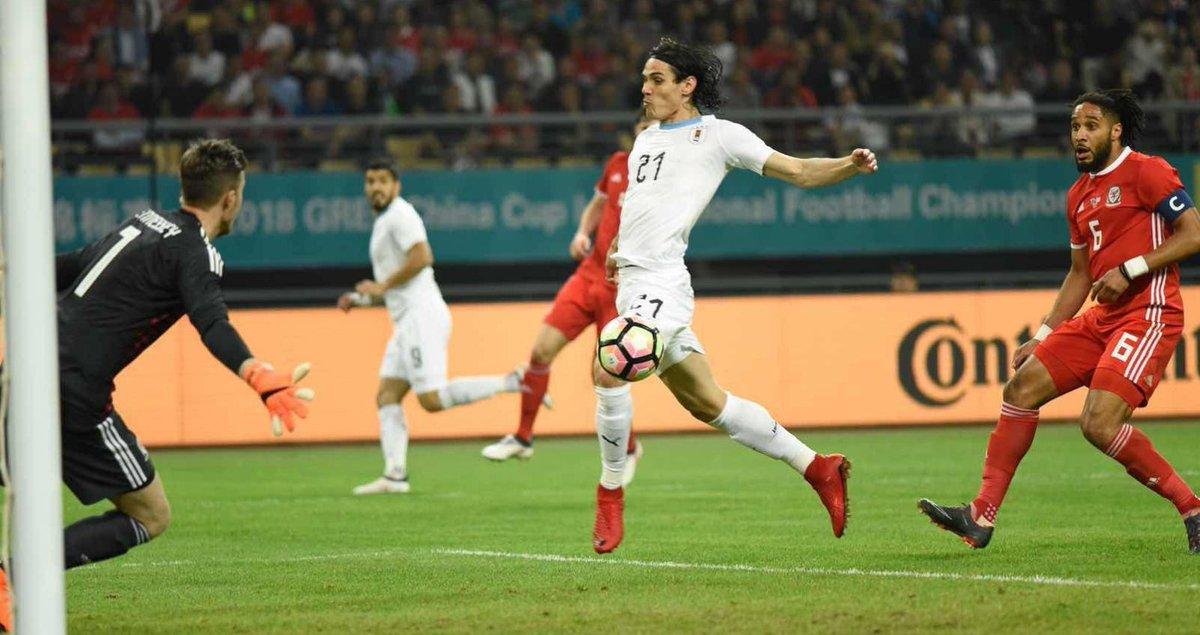 Uruguay snatched a late winner as they began their World Cup campaign with a dramatic victory over Egypt, who left Mohamed Salah on the bench.

Jose Gimenez headed powerfully into the net in the 90th minute as he met Carlos Sanchez’s free-kick to give the South Americans a winning start in Russia.

Uruguay had been the better side as Luis Suarez had missed four chances and Edinson Cavani had hit the inside of a post with a 25-yard free-kick.

Salah, who scored 44 times for Liverpool this season, remained an unused substitute as he continues to recover from a shoulder injury sustained in last month’s Champions League final.

Without Salah, Egypt lacked a cutting edge and had looked on course to earn a point in their first match at a World Cup finals since 1990 before Gimenez’s late goal.

The result means Russia are top of Group A after their 5-0 victory over Saudi Arabia in the tournament’s opening game on Thursday.