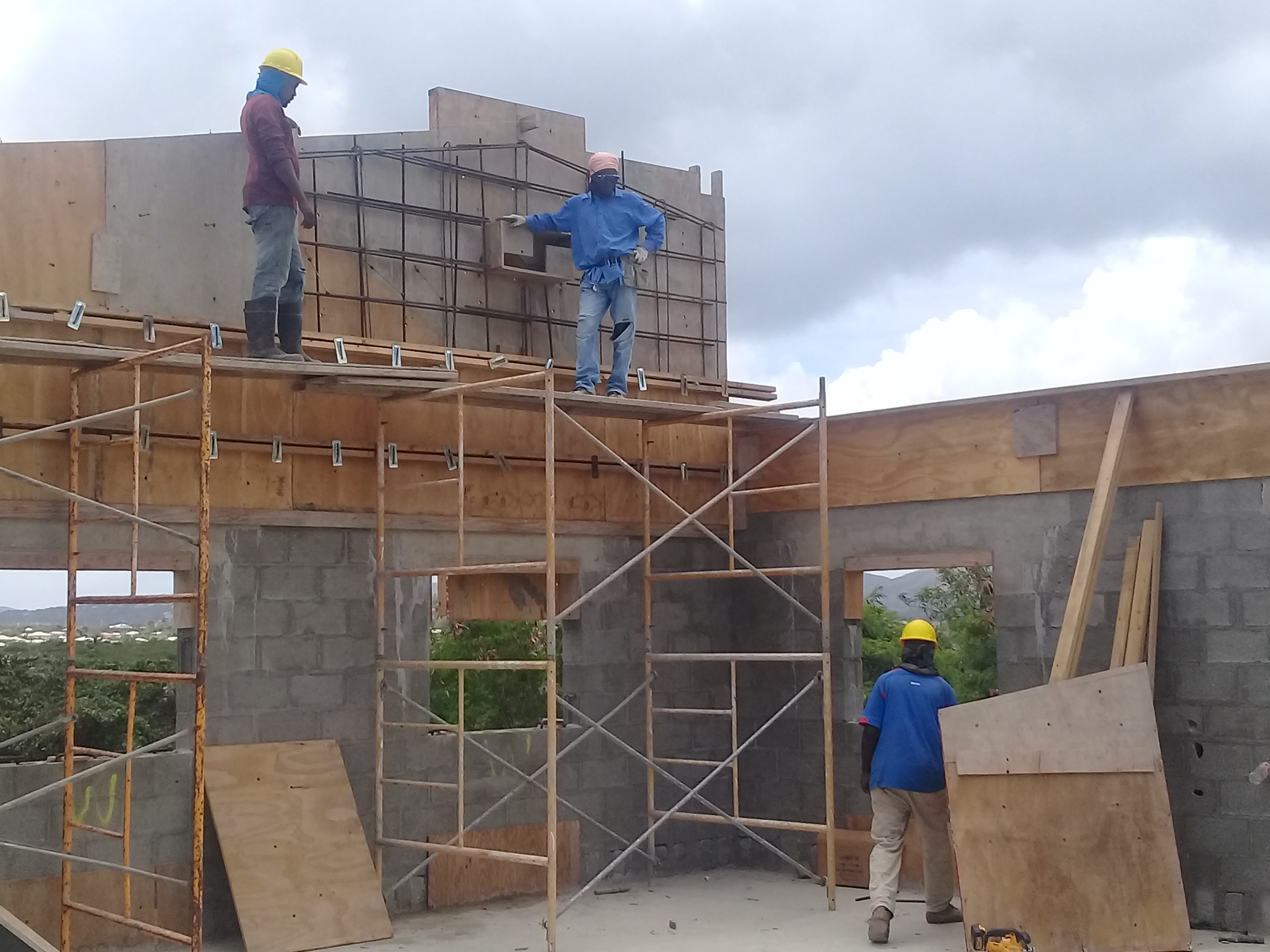 Construction of the new headquarters for the National Office of Disaster Services (NODS) is moving right on schedule.

So says Winston Christian CEO of Wilcon Construction, the sub-contractors on the project.  Christian says they are well on target with the August deadline.

Christian notes that they are awaiting the steel rafters and other materials for the roof which are being manufactured in the US. Once those arrive on island it should be smooth sailing. This, he says, should be in the next several weeks.

Christian adds that the building is a very sophisticated one which is being designed to withstand a storm the strength of Maria and most seismic activities.

He continues that the building method being used on this project is very technical and new to these parts; however, it is one which can be employed in Antigua and Barbuda. He indicates however that the US contractors have been very pleased with the quality of building materials produced here on island which are up to standard and in some instances even surpassed the standard level.

Providing there are no major hiccups, Christian notes that the first phase should be completed by mid-July. The second phase of the project which entails the retrofitting and upgrading of the present edifice will begin shortly after and expected to be completed by the end of August.

The project is being funded by the US Southern Command – a military and civilian organization and carried out by Anthony Kwan Engineering Association (AKEA) of Florida.

The cost of the new NODS headquarters is 2.2 million US dollars.