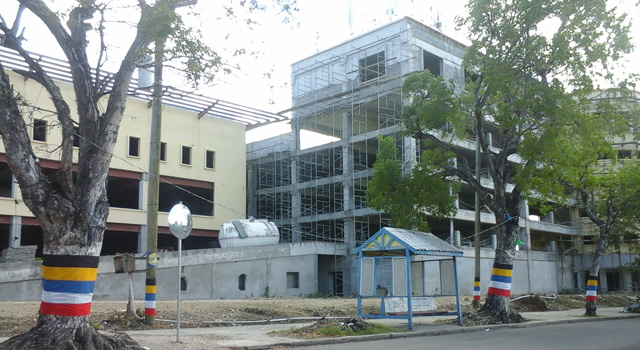 The government says it has completed its purchase of the Sunshine Hub car park and plans to begin work soon.

The Sunshine Hub was purchased by the Gaston Browne administration for US$6,000,000 (six million dollars) “though it cost upwards of EC$100 million to build.”

“The purchase also brings to an end the mortgage/charge on the Crown lands that encompass the remainder of the field all the way up to the road in front of the old parliament building, the Victoria Park, the National Archives and the bus stop,” said Chief of Staff Lionel “Max” Hurst.

He promised that work on the car park will begin shortly, turning the square footage into office spaces, shops, restaurants and other small enterprises. A local group is pooling its capital to build-up these enterprises.

Worked stopped at the facility nearly a decade ago after the financiers ran into difficulties.