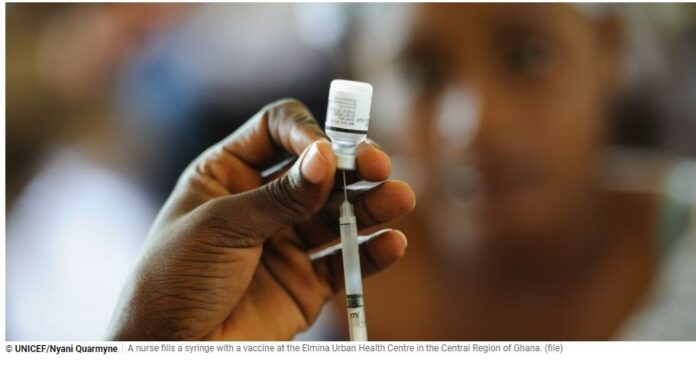 WASHINGTON, United States (AFP)— Women vaccinated against COVID-19 saw a slight delay in their period of almost a day compared to those who were unvaccinated, a US government-funded study said Thursday.

But the number of days of bleeding was not affected, according to the research carried out on nearly 4,000 individuals and published in “Obstetrics & Gynecology.”

Lead author Alison Edelman of the Oregon Health & Science University told AFP the effects are small and expected to be temporary, a finding that is “very reassuring” as well as validating for those who experienced changes.

The study can also help counter anti-vaccine misinformation on the topic, which is rampant on social media.

The slight increase in menstrual cycle length is not clinically significant. Any change of fewer than eight days is classified as normal by the International Federation of Gynecology and Obstetrics.

Period cycles generally last about 28 days, but the precise amount varies from one woman to another, as well as within an individual’s lifetime. It can also change during times of stress.

For their study, the scientists analysed anonymised data from a fertility tracking app, among women aged 18 to 45 who were not using hormonal contraception.

Some 2,400 participants were vaccinated — the majority with Pfizer (55 per cent), followed by Moderna (35 per cent) and Johnson & Johnson (seven per cent).

About 1,500 unvaccinated women were also included as a comparison.

For unvaccinated individuals, data was collected for six consecutive cycles.

On average, the first vaccine dose was associated with a 0.64-day increase in cycle length and the second dose with a 0.79-day increase, when comparing the vaccinated to unvaccinated group.

The immune system’s response to the vaccine could be behind the change.

“We know that the immune system and the reproductive system are interlinked,” said Edelman.

A revved-up immune system might have an impact on the hypothalamic-pituitary-ovarian axis — what Edelman calls the “highway of how your brain talks to your ovaries, talks to your uterus,” or simply the “body clock.”

Specifically, the production of inflammatory proteins called cytokines appears to disrupt the way this axis regulates the timing of menstrual cycles.

The changes seem most pronounced when vaccination takes place early in the follicular phase, which starts on the first day of the menstrual period (bleeding) and ends when ovulation begins.

In fact, a subgroup of people who received two injections of the Pfizer or Moderna vaccines during the same cycle, as opposed to two different cycles, saw an average increase in cycle length of two days — but the effect again appears temporary.

The team now hopes to gather more data on subsequent cycles among vaccinated women to confirm a long-term return to baseline, and expand the study globally so they can differentiate the effects between vaccine brands.