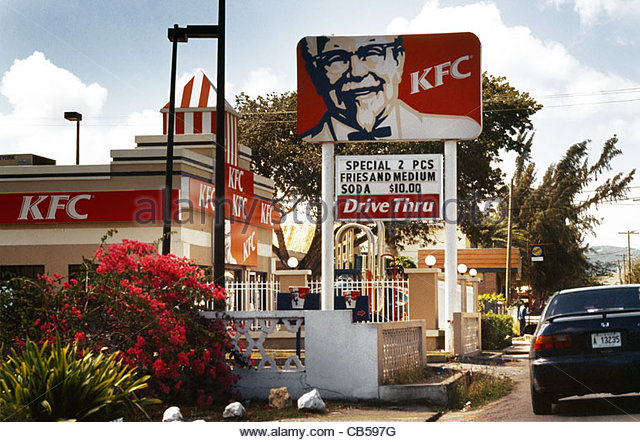 OBSERVER: A Public Works employee has been charged with battery after she allegedly threw a drink at the Manager of Kentucky Fried Chicken (KFC) on Fort Road.

The incident is said to have taken place on August 16 but the defendant, Destiny Payne, reportedly did not show up to the police station when requested and was therefore arrested at her workplace this week.

On the day in question, the complainant Natasha Greene-Powell was reportedly informed of a commotion taking place outside of the fast food restaurant.

She is said to have gone outside to check out what was happening and found two ladies in a car arguing with two other ladies standing outside.

In an attempt to deescalate the situation, the complainant reportedly asked the two women to enter KFC’s building to allow the other two to drive away.

While doing so, the defendant allegedly threw a drink – which she had just purchased at the establishment – at the complainant.

Reports further state that the complainant approached the vehicle and asked the defendant a question but she quickly drove off.

The matter was reported to the police and the defendant was allegedly asked to come to the station on several occasions but failed to show up.

As a result, police went to her workplace on November 15 and arrested her.

She was subsequently charged with battery.

Payne was ordered to come to court yesterday where her lawyer, Andrew O’Kola, asked for disclosure of the police’s file.

Magistrate Conliffe Clarke asked the prosecution to do so within 21 days so that a plea can be taken on January 19.