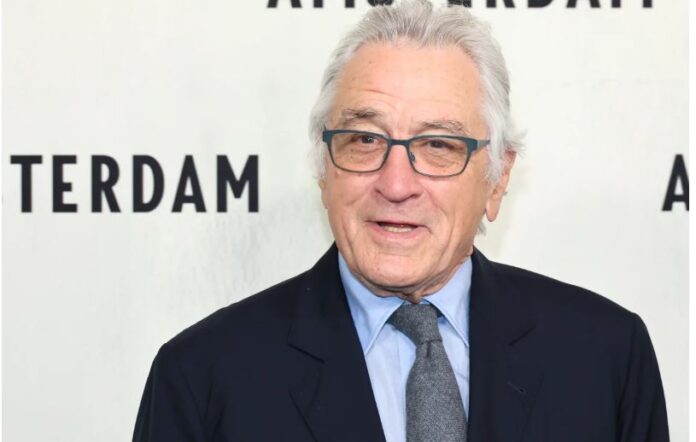 It’s not just the Grinch who tried to steal Christmas.

A 30-year-old woman was arrested in the early hours of Monday morning when she was caught attempting to steal Christmas presents from under Robert De Niro‘s tree in his Manhattan townhouse, local police reported.

According to The Associated Press, officers from the New York Police Department (NYPD) discovered the woman in De Niro’s living room “attempting to remove property” around 2:45 a.m.

The New York Times identified the woman as Shanice Aviles.

The outlet reported that Aviles was seen entering De Niro’s Upper East Side rental home through a basement door, which had visible signs of forced entry.

She was arrested at the scene. A publicist for De Niro, 79, confirmed the break-in, but did not comment publicly.

ABC7 claimed Aviles — whom the outlet described as a “prolific” burglar — was followed by police after she was spotted trying to open doors to various buildings in De Niro’s neighbourhood.

Police reportedly followed Aviles into De Niro’s home after they spotted the still-open basement door but did not know the residence belonged to the actor.

Police claimed Aviles was discovered taking items from the house and putting them in a bag.

Aviles is currently in police custody with charges still pending.

De Niro, who had been upstairs, came down to the living room as the woman was being arrested.

A spokesperson for the 79-year-old actor said he wouldn’t be making statements about the attempted robbery.

The incident happened at a townhouse on East 65th Street in Manhattan.

The basement door that the woman used to enter the townhome had signs of forced entry, police said.

De Niro’s spokesperson said it was a temporary rental home being used by the actor.