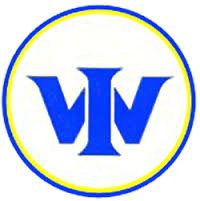 The industrial action taken by workers at the West Indies Oil Company was suspended earlier today pending the outcome of a meeting carded for Friday.

WIOC employees stopped working on Thursday in solidarity with a dismissed colleague.

Workers, who are represented by the Antigua Trades & Labour Union (AT&LU) were told to return home when they reported for duty on this morning.

According to the union’s Industrial Relations Officer Ralph Potter, workers are standing in solidarity with Richard Samuel who was abruptly dismissed from his duties at the company.

Samuel was a former shop steward with the union and a former operator with WIOC.

A source close to WIOC says only about 20 workers had followed the union’s instructions.

Meanwhile, Chief Executive Officer of WIOC Gregory Georges says management was not included in the decision nor were they notified.

Georges told state media “Some members of WIOC staff held a union meeting without the prior notification to management, after the meeting, WIOC was notified of the meeting by staff that their union had instructed them to go home.”

WIOC’s head says his management team is working to restore normalcy to the company’s operations.

“There will be minimum disruption if any at all in the supply of our petroleum products. We’re currently working expeditiously to return our operations to full normality” he says.

The early morning strike resulted in some motorist rushing to gas stations in anticipation of a shortage.